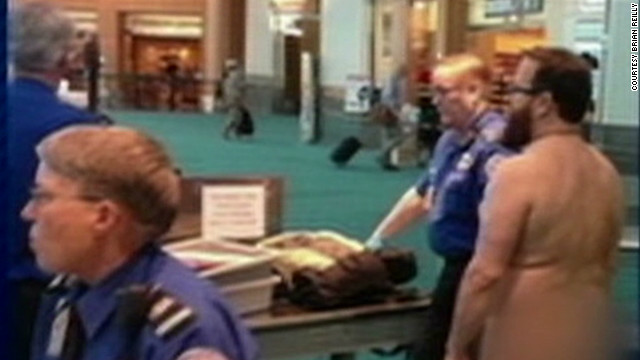 A man in Portland, Oregon stripped naked in an airport last night to protest the screening process. Whether you think he's a hero or just plain crazy, he definitely tops our list of awkward TSA patdowns. He’s certainly not the first person to have an awkward encounter in a state of undress. You’ve Gotta Watch these uncomfortable moments in public nudity history.

When a 50-year-old man felt that TSA screeners were “harassing” him at the Portland International Airport, he decided to strip down in protest. The police report said that some people “stepped out of the screening lanes to look, laugh and take photos.” Check out what they saw — if you dare.

This woman reached 128 miles per hour in her car before getting pulled over by police. When she stepped out of the car, police were stunned to find that she was mostly naked. See how she acts in the back of the police car.

These performance artists tried “exposing” Wall Street with a naked protest. Their goal was to promote transparency, of course. Watch the stunt that shocked even the most hardened New Yorkers.