About 50 people have been arrested in Minneapolis as the state plans to send in 1,700 National Guard soldiersŌĆtwitter.com/i/web/status/1ŌĆ”VT

A 19-year-old man was killed after shots were fired into a crowd of protesters in Detroit from an unknown suspect iŌĆtwitter.com/i/web/status/1ŌĆ”KC

Minnesota Gov. Tim Walz delivers a late night address to his state as protests continue in Minneapolis and around tŌĆtwitter.com/i/web/status/1ŌĆ”1X 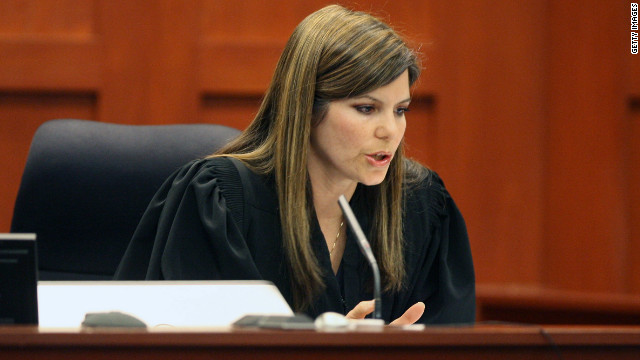 A Florida judge Wednesday approved a motion to disqualify herself from the criminal case involving a neighborhood watch volunteer who fatally shot 17-year-old Trayvon Martin, according to the court.

The defense team for George Zimmerman requested Monday that Seminole Circuit Judge Jessica Recksiedler, who was assigned to Zimmerman's case, be removed after she revealed that her husband works with a CNN legal analyst.

Zimmerman's defense attorney, Mark O'Mara, had said Monday he was confident the motion would be granted.

Recksiedler said in her decision that while the findings on each basis were "legally insufficient" for disqualification, "the cumulative effect of the events and the totality of the circumstances provides a legally sufficient basis for this court to grant the motion to disqualify," a statement from the court said.

Zimmerman, 28, fatally shot Martin in Sanford, Florida, on February 26, a killing he has said was in self-defense. The case has stirred civil rights activists nationwide and drawn intense publicity.

Anger boiled over in more than 30 US cities Friday, with some protesters smashing windows, setting vehicles ablazeŌĆtwitter.com/i/web/status/1ŌĆ”vC
cnni

8:32 am ET May 30, 2020 RETWEET
RT @CNN: A group of protestors gathered in front of the White House overnight following the death of George Floyd at the hands of the MinneŌĆ”
cnni

8:30 am ET May 30, 2020 RETWEET
RT @CNN: These are just a few of the reasons demonstrators say they showed up to protest yesterday: "My son asked me, 'Am I going to liveŌĆ”
cnni

8:14 am ET May 30, 2020 RETWEET
London Mayor Sadiq Khan has urged citizens to ŌĆ£act with cautionŌĆØ as the UK government prepares to ease lockdown mtwitter.com/i/web/status/1ŌĆ”NwVpeY
cnni