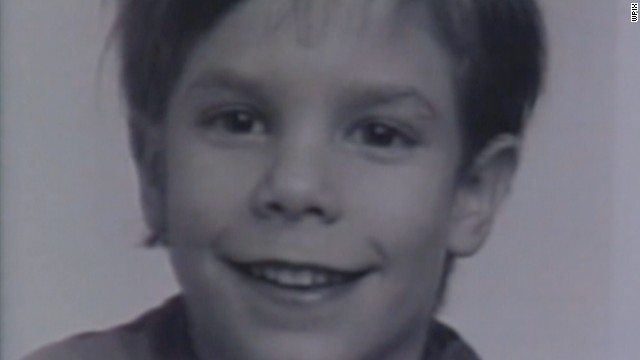 Overheard on CNN.com: Face on milk carton chipped away at our innocence

A 6-year-old boy named Etan Patz disappeared in 1979 on his way to a bus stop in New York City. He became the face on the milk carton, symbolizing growing awareness of missing children. As police and federal investigators once again search for the boy's remains, many of our readers are mourning a certain loss of societal innocence. Several said the ongoing search is worth doing.

That face haunts this reader to present day.

Michael Burch: "I remember this little boy's face and name on milk cartoons. I was about his age, 5 at the time. Wouldn't you want your child's remains to be finally laid to rest after almost 33 years? I know I would check up every lead possible. Not a waste of time!"

One person was curious why a boy would be on his own.

lm517: "How are more people not weirded out by the fact that a 6-year-old was expected to find his own way home from an NYC bus stop? When they talk about the mom calling the school and all of his friends, it sounds as if they are talking about a missing teenager. I still hate that they went through this, but still, questionable parenting."

This reader talked about leaving the house alone, just as Patz did in 1979.

Angry Deuce: "Look, it's obvious many of you were born later and did not grow up back then but believe me, a 6-year-old kid getting himself to and from school, even on public transportation, was not unusual back in those days. I walked almost 2 miles each way to school when I was just a couple years older than him. Everyone did. Please understand, it was a completely different world. We didn't hear about child abductions every other day on the 24 hour news channels. We didn't have Amber Alerts or Child Predator databases or D.A.R.E. or any of the stuff you guys grew up with. There was no America's Most Wanted. ... Adam Walsh wasn't even killed until a few years after this, which is when child predators and such really became a part of our collective consciousness. Children were, for the most part, able to move about freely, even as kids. I got on my bike and rode all over town when I was Etan's age, as did all the other kids. We didn't need an adult chaperone to go to the playground a few blocks away, even when we were 6 years old. I wish you guys could have grown up in those days, away from all the violence and worry that surrounds our children today. You'll never truly understand how much different things were in those days. ..."

Several chimed in with agreement.

OxfordVoter: "Very well said! It was a fabulous time to be a kid. We left the house on a summer morning and didn't come back until we needed a jar for lightning bugs! The very phrase 'play date' makes me sad for today's kids."

inne1970: "I was born in 1970. We rode our bikes across town (town of 100,000) without a care in the world. In the summers we woke up, played outside and came in when the street lights came on. No XBox, cell phones, Internet. ... Different times back then, better times."

AthensGuy: "Those were the gold old days. We could play outside, unsupervised. Even most of the neighborhood streets were not that busy. And no video games. Being a child today sucks; it is a dangerous world."

Lurgy: "Yep. Thrown out of the house in the morning and not let back in till dinner time. Glorious days."

When Etan Patz went missing, life changed for some readers.

photogrrl: "I remember when Etan Patz disappeared; I was 9 or 10. After that happened, our parents stopped letting us walk to school unsupervised. I hope the family finally gets closure."

SoCalReader: "photogrrl, I remember it as a young mother of two little boys, both younger than Etan, and my sons never walked anywhere without an adult because of this case. It shaped our lives as well."

Some of the commenters were parents at the time, and they'll never forget.

celh: "This is one of those cases that people hear of that haunt them forever. I think because so many of us had little children at the time. And it was the first real shock of seeing it play out on TV. This little boy just stepped around a corner and was gone forever. We all thought about that, deep in our souls and we couldn't imagine a bigger horror. Where was he, who had him, what happened? Why did no one see what happened? For years our imaginations have had to fill in the gaps and some of it is unthinkable. And not knowing must be torture for the parents. I hope there is resolution for them. I can't imagine them having lived this long not knowing. I think I would still be holding my breath, unable to fully breathe. Just horrendous having a child just vanish."