Biden announces the return of seven Americans, including five of the six oil execs known as the "CITGO 6," who hadŌĆtwitter.com/i/web/status/1ŌĆ”xL

The bodies of 22 civilians, including 10 children, were found following Russian shelling on a convoy of cars near tŌĆtwitter.com/i/web/status/1ŌĆ”nR

Russian troops pull out of key strategic city of Lyman after being surrounded by Ukrainian forces, Russia's defenseŌĆtwitter.com/i/web/status/1ŌĆ”cz 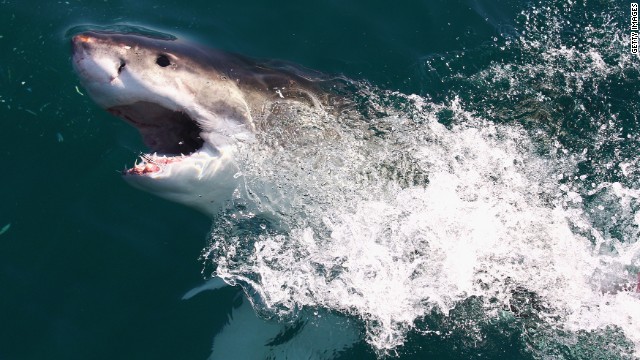 "The next thing we saw the shark come from under one of the guys and grab him. The shark shook him and then let him go. The surfer was screaming ŌĆō it was terrible!" Bester is quoted as saying.

ŌĆ£Then it took him again. And that was it. It took him under. The first time it took him, there wasnŌĆÖt any blood. But the second time there was," Bester told the Cape Argus.

"I saw this big dorsal fin, and after that I saw him getting attacked. He was off his board and in the water. Then the shark turned around and attacked him again. Just before it attacked him, he tried to put his board between him and the shark. He was pushing the sharkŌĆÖs head with his board.

ŌĆ£But within two seconds, the water turned from turquoise to red," the Cape Argus quoted Marais as saying.

"This was his life, and he died doing what he loved,ŌĆØ police said the father told them.

"A sharp increase in the number of White Sharks may be noted during and after the filming has been completed, as these sharks, initially attracted by volumes of chum to the Seal Island area, find their way around the bay.┬Ā The dispersal of a massive chum slick, given on-shore winds, may further increase the number of inshore sharks which cruise the chum slick in search of food," Schmidt wrote.

ŌĆ£We have not renewed the series, have no plans to at the moment, and are not filming new episodes at this time. Therefore, the filming mentioned is not for National Geographic Channel, or future episodes of Shark Men,ŌĆØ the network said, according to a report on the South African website ITweb.

6:30 am ET October 2, 2022 RETWEET
A 1,000-year-old manuscript looted during World War I has been returned to the Greek monastery from where it was stŌĆtwitter.com/i/web/status/1ŌĆ”cU
cnni

4:30 am ET October 2, 2022 RETWEET
Tesla has revealed a prototype of a humanoid robot that it says could be a future product for the automaker cnn.it/3SwDxJU
cnni

6:30 am ET October 2, 2022 RETWEET
A 1,000-year-old manuscript looted during World War I has been returned to the Greek monastery from where it was stŌĆtwitter.com/i/web/status/1ŌĆ”cU
cnni

4:30 am ET October 2, 2022 RETWEET
Tesla has revealed a prototype of a humanoid robot that it says could be a future product for the automaker cnn.it/3SwDxJU
cnni

9:08 pm ET October 1, 2022 RETWEET
Biden announces the return of seven Americans, including five of the six oil execs known as the "CITGO 6," who hadŌĆtwitter.com/i/web/status/1ŌĆ”xL
cnnbrk

3:12 pm ET October 1, 2022 RETWEET
The bodies of 22 civilians, including 10 children, were found following Russian shelling on a convoy of cars near tŌĆtwitter.com/i/web/status/1ŌĆ”nR
cnnbrk

11:18 am ET October 1, 2022 RETWEET
Russian troops pull out of key strategic city of Lyman after being surrounded by Ukrainian forces, Russia's defenseŌĆtwitter.com/i/web/status/1ŌĆ”cz
cnnbrk

10:49 am ET October 1, 2022 RETWEET
Dow ends the month down nearly 9%, its worst monthly drop since March 2020, when pandemic lockdowns started in theŌĆtwitter.com/i/web/status/1ŌĆ”CT
cnnbrk