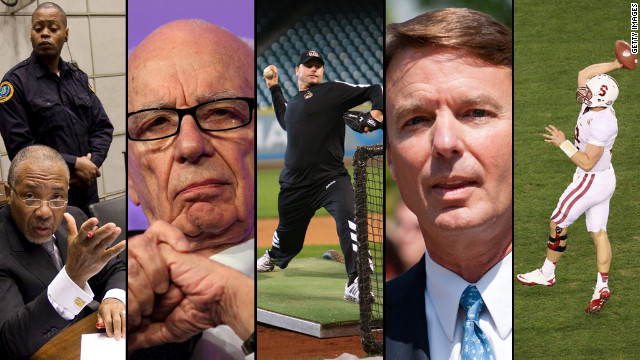 As the Syrian government and opposition activists accuse each other of attacks during what is supposed to be a cease-fire, the United Nations is preparing to send¬Ýas many as 300 unarmed military monitors to Syria try to ensure a halt to the violence - a decision the U.N. Security Council made Saturday.

The cease-fire is part of a six-point peace plan laid out by U.N.-Arab League special envoy Kofi Annan and accepted by the Syrian government. The Annan plan calls for the government and the opposition to end the violence, allow access for humanitarian groups, release detainees and start a political dialogue.¬ÝBut reports of daily violence suggest the cease-fire is unraveling in some areas.

Syria has been engulfed in violence for 13 months since the government started a fierce crackdown on protests against the regime of President Bashar al-Assad, whose family has ruled Syria for 42 years.¬ÝThe United Nations estimates that at least 9,000 people have died since the protests began.

The first African ruler to appear before an international war crimes tribunal is¬Ýexpected to hear a verdict in his trial on Thursday.

Charles Taylor, who was president of Liberia from 1997 to 2003, is accused of¬Ýarming rebels and fueling a bloody civil war that led to widespread murder, rape and mutilation in Liberia and neighboring Sierra Leone.¬ÝHe has pleaded not guilty to charges, including five counts of crimes against humanity and five counts of war crimes.

Taylor has been on trial since 2007 at the special court for Sierra Leone in The Hague, Netherlands. United Nations officials and the Sierra Leone government jointly set up the tribunal.

Tensions between Sudan and South Sudan are rising, prompting fears of a return to the kind of full-scale war that Sudan saw before the South split in July.

Clashes between the two sides escalated in recent days, following Sudan airstrikes targeting the South and the South Sudan troops seizing the disputed oil-rich region of Heglig. Sudan says it has chased South Sudanese troops from the region, but the South has warned it will try to retake it if Sudan continues ts attacks.

Heglig, which both nations claim, is on the border created last year when the two countries split.¬ÝOil facilities in the region accounted for close to half of Sudan's entire production of about 115,000 barrels of oil daily before wells were shut down.

South Sudan split from the government in the north in July, officially breaking Africa's largest nation into two. The split followed a two-decade civil war that pitted a government dominated by Arab Muslims in the north against black Christians and animists in the south. An estimated 2 million death died in the fighting.¬ÝThe split was approved by referendum, which was part of a 2005 peace deal that ended the civil war.

Media magnate Rupert Murdoch is expected to make an appearance Wednesday and Thursday before an independent British inquiry into journalistic ethics prompted by phone hacking at his defunct News of the World tabloid.

News Corp. shut down its British Sunday tabloid, The News of the World, last summer after public outrage at the scale of illegal eavesdropping, which¬Ý included hacking the voice mail of crime victims, politicians, celebrities and veterans.¬Ý Dozens of people have been arrested in the phone-hacking investigation, which has been running more than a year, but no one has been charged.

Murdoch's son, James Murdoch, a top executive in his father's company, is expected to appear before the inquiry on Tuesday. He already has been called twice to testify before British lawmakers and resigned from a number of positions with British subsidiaries of his father's media empire. James¬ÝMurdoch has consistently denied knowing about the scale of phone hacking at the paper.

Will ex-Icelandic prime minister be convicted over financial crisis?

A verdict is expected Monday in the case of the only world leader to face charges in connection with the 2008 global financial crisis.

Former Icelandic Prime Minister Geir Haarde is charged in a special Icelandic court with negligence relating to the collapse of his country's banks.

Weekly demonstrations, some verging on riots, forced Haarde and his Independence Party-led center-right coalition to resign in January 2009.

Clemens is accused of lying to Congress in 2008 when lawmakers investigated the illicit use of steroids in professional baseball. The¬Ýcase against him - involving one count of obstruction of Congress, three counts of making false statements and two counts of perjury¬Ý‚Äì¬Ýwas declared a mistrial in July after¬Ýevidence previously ruled inadmissible was shown in court.

The retrial is expected to last several weeks.

The charges stem from Clemens' 2008 testimony before the House Committee on Oversight and Government Reform, during which he denied using anabolic steroids.¬ÝClemens has continually denied using performance-enhancing drugs during his professional baseball career.

The trial of former presidential candidate John Edwards, charged with six felony and misdemeanor counts related to the money dealings of his failed 2008 presidential campaign, is expected to begin in federal court in North Carolina on Monday.

Rielle Hunter, Edwards' former mistress, is expected to testify at the trial. A major issue in the approaching trial is whether money given to support Hunter, by the former candidate's benefactors, should have been considered donations toward his presidential campaign. Edwards denies any wrongdoing, claiming the money was a gift.

Tonight and early Monday are going to be great times to check out the annual Lyrid meteor showers in much of the United States.

The Lyrid meteor showers happen annually, but this year‚Äôs "moonless" night and lack of cloud cover for the western two-thirds of the United States should make them unusually easy to see.

The showers, whose name comes from the constellation Lyra, take place as the Earth passes through dust from comet Thatcher. The best times to watch are after midnight Sunday and just before dawn Monday. Check this post for more tips.

With the first pick of the NFL draft, the Indianapolis Colts reportedly have made up their minds. Most everybody believes it will be Stanford quarterback Andrew Luck, but you'll have to wait for Thursday - the day of the draft's first round - to know for sure whether they've gone for Luck or the other quarterback at the top of prognosticators' lists, Baylor's Robert Griffin III.

Check out the mock draft from Sports Illustrated's Peter King. It lists his predictions of teams' selections and also the picks that the longtime NFL journalist believes that teams should be making. (Minnesota, he's looking at you and your possibly misguided desire to draft an offensive tackle at No. 3.)

Cigarette sales in the US last year rose for the first time in two decades, a new report from the Federal Trade Com‚Ätwitter.com/i/web/status/1‚Ä¶wk
cnni

6:31 am ET October 28, 2021 RETWEET
Ellidy Pullin, the partner of Australian Olympic snowboarder Alex "Chumpy" Pullin, has given birth to their daughte‚Ätwitter.com/i/web/status/1‚Ä¶Ro
cnni