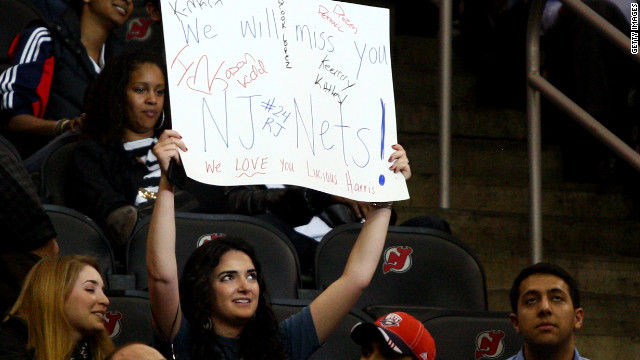 ‚ÄúYou don‚Äôt want to stay, we don‚Äôt want you,‚Äù he said at press conference earlier Monday.¬Ý ‚ÄúI‚Äôm not going to be in the business of begging people to stay here.

‚ÄúBeing a Net was a great time of my career,‚Äù Kidd said, according to a report in The Record of Bergen County. ‚ÄúAnd a great honor.‚Äù

‚ÄúKnowing that (the franchise) is not going to be here anymore, it‚Äôs definitely a sad day,‚Äù Coleman told The Record. ‚ÄúJust for the people here in the state of New Jersey. ‚Ä¶ it‚Äôs never going to be the same because it‚Äôs not here in Jersey.‚Äù