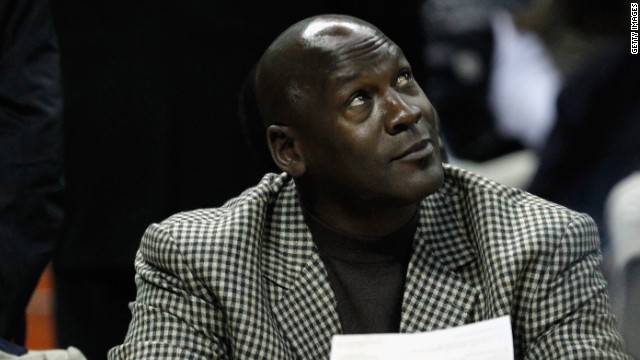 As the NBA ends its regular season Thursday night, one team has a chance to join its owner, Michael Jordan, in the league record books.

The only problem is, while Jordan is at the top of those records, his team could be at the bottom.

If the Charlotte Bobcats lose to the New York Knicks at the Time Warner Cable Arena in Charlotte, North Carolina, on Thursday night, they will finish the regular season with the worst winning percentage in league history: .106 on a record of 7 wins, 59 losses. That would be worse than the 1972-73 Philadelphia 76ers, who finished at .110 (9-73). There is a difference in the number games because this NBA season was shortened by a labor dispute between the league and its players.

The Bobcats are also on a 22-game losing streak. With a loss Thursday night, they'll tie the 1997-98 Denver Nuggets and the 1995-96 Vancouver Grizzlies for the second-longest losing streak in NBA history. Only the 2010-11 Cleveland Cavaliers have strung more losses in a row, 26.

In an interview Wednesday with the Charlotte Observer, Jordan said the Bobcats season will tarnish his legacy, which includes six championships and five Most Valuable Player awards.

“My success will be judged differently,” Jordan told the paper. “I’ve come to accept I’ll be scrutinized more than any other owner. I know now that I have to have a tough skin about these things.”

But there is reason for optimism in Charlotte, win or lose Thursday night. With the league's worst record, the Bobcats have a 25% chance of getting the top pick in this summer's NBA draft. Of course, they have to win that lottery to get the top pick, and there's still a 75% chance they won't.