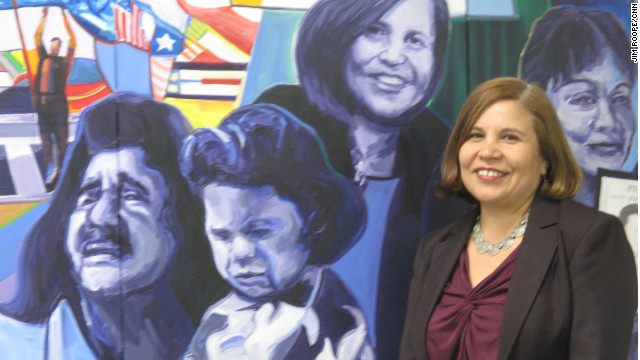 Two groups in Los Angeles just can’t seem to get together on a day of solidarity.

For more than a decade, May 1 - which is the labor movement's International Workers' Day, or May Day - has been about immigration in Los Angeles. Angelica Salas, executive director for the Coalition for Humane Immigrant Rights in Los Angeles, said for many years people in the United States didn't celebrate the day, but CHIRLA has tried to change that in Southern California.

“[It’s] a major day of mobilization. All around the world people mobilize en mass," Salas said. “And we’re very proud to have brought back to the United States the engagement of May 1.”

This year, however, immigration will share the day with the Occupy protesters. Nationwide, Occupy organizers are calling for large-scale demonstrations across the country on International Workers' Day, which is Tuesday.

Salas says CHIRLA and other immigrant-rights groups have tried to get together with the Occupy movement for the day. But Michael Novick, an organizer for Occupy Los Angeles, says the two sides just couldn’t “gel.”

“We felt that Occupy itself had to plan out its particular actions on the day,” Novick said.

Since last year, Occupy protesters have rallied against what they say is income inequality, corporate greed and the influence of the wealthiest 1% of Americans.

Salas said it would have been great to get the Occupy movement involved with the May 1st Coalition, which is made of various immigration and workers groups. Immigrants, she said, are part of the 99%.

“[Immigrants] are part of the base of individuals of Americans who have been brutally, I would say, attacked by corporations,” she said.

Novick said that although May 1 in Los Angeles has been traditionally about immigration, it’s also for human rights in general.

“It’s for labor rights, for economic and social justice, for economic equity, and for peace. And we think that will build a strong force downtown to say this is going to be a day that could change the world a little bit and hopefully for the better,” Novick said.

Because the groups haven't gotten on the same page, immigrant-rights marches will be held on Tuesday morning, while Occupy Los Angeles protests will happen in the afternoon, at about 1 p.m.

Salas hopes the two movements can work together on future May Days.

“May Day is one day,” Salas said. “Our job is to penetrate and work on message 365 days. So I’m not concerned,” she said.

Salas said they’ll try again next year to figure out how to, in her words, “build a more progressive movement in this country that speaks about all of us and doesn’t feel like one message or one group is more sympathetic than the other.”