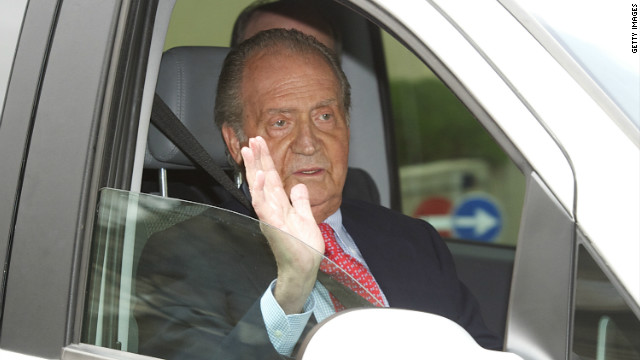 Spain's King Juan Carlos injured his hip after falling while on a private hunting trip in Botswana.
April 27th, 2012
04:23 AM ET

Spain's King Juan Carlos back in hospital for hip surgery

Spain's King Juan Carlos was recovering Friday after being readmitted to a Madrid hospital for surgery on his right hip, the Royal Palace said.

An update on the 74-year-old king's condition is expected later in the day, according to the palace.

The surgery was performed Thursday at San Jose Hospital to "reduce a dislocation" of the hip, a palace statement said.

He underwent hip replacement surgery earlier this month after falling while on a controversial private hunting trip in Botswana.