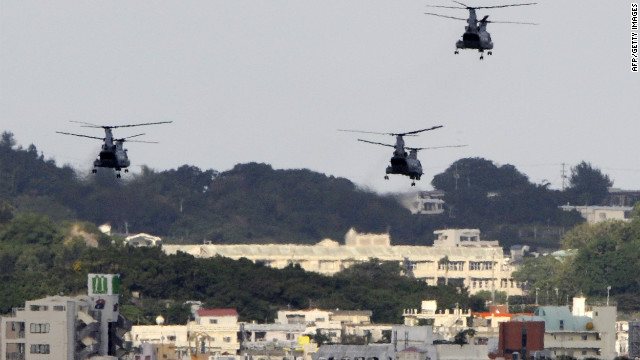 Thousands of Marines and their families will be transferred off Okinawa under an agreement that will reduce the American military footprint in Japan, U.S. Secretary of Defense Leon Panetta said late Thursday.

Under the agreement, some 9,000 Marines belonging to the 3rd Marine Expeditionary Force will be moved off Okinawa, with roughly half being reassigned to bases in Guam, according to a joint statement released by the U.S.-Japan Security Consultative Committee.

"I am very pleased that, after many years, we have reached this important agreement and plan of action," Panetta said.

The announcement by the committee, which included key U.S. and Japanese defense officials, ends years of seesaw talks aimed at cutting the American presence on the island south of Tokyo.