The Justice Department is asking a judge to hold Donald Trump in contempt of court for failing to comply with a subãtwitter.com/i/web/status/1ãÎnu

RT @CNN: The House has voted to pass sweeping legislation that would authorize $858 billion in national defense funding and rescind the USãÎ

The House has passed legislation to protect same-sex and interracial marriage, the last step before the measure goeãtwitter.com/i/web/status/1ãÎHI

US basketball star Brittney Griner has been released from Russian custody in a prisoner exchange for convicted armsãtwitter.com/i/web/status/1ãÎB7

The Justice Department has appealed a ruling that blocks Title 42, the Trump-era pandemic policy that let the US tuãtwitter.com/i/web/status/1ãÎFk

The placement of a column of the 100th floor brought the colossal new steel structure ofô One World Trade Center tower to a height of 1,271 feet -ô surpassing the frame of the Empire State Building, which is currently New York's tallest skyscraper, byô 21 feet.

Built on what was referred to as ground zero in Lower Manhattan, the building isô expected to reach 1,776 feet when it is finished by early 2014. The Willis Tower in Chicago, formerly known as the Sears Tower, is the country's current record holder at 1,450 feet.

The One World Trade Center building willô have three top-floor observation decks. Itsô first 90 floors will be designated for office space, andô the following 10 floors will be reserved for air conditioning, heating, and electrical equipment. 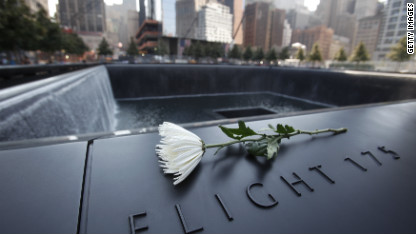 The steel beams were placed atop the structure on Monday, one day before the one-year anniversary of Osama bin Laden's death. The project isô bringing a major milestone to the city and country, saidô Mike Mennella, the construction executive who was in charge of building the first towers and is helping to build the new structure.

"Today is a day where we can really look back and say the milestones weãve surpassed and overcome are certainly more significant than the ones ahead of us," he said. "The building is in position now where we can see it coming from the top, and see it being finished off in a very, very significant way."

"It's also big in the region," he said. "Seeing this building from all over the region -ô Long Island, New Jersey, New York -ô it's just a statement for the region that weãve reached a real milestone."

"I think as people look at theô buildingô from afar and then realize the site that it sits on, the memorial it adjoins and what the site is about, what was lost here, and what is now being put back together - it's an exciting moment," he said.

The Justice Department is asking a judge to hold Donald Trump in contempt of court for failing to comply with a subãtwitter.com/i/web/status/1ãÎnu
cnnbrk

2:12 pm ET December 8, 2022 RETWEET
The House has passed legislation to protect same-sex and interracial marriage, the last step before the measure goeãtwitter.com/i/web/status/1ãÎHI
cnnbrk

11:24 am ET December 8, 2022 RETWEET
US basketball star Brittney Griner has been released from Russian custody in a prisoner exchange for convicted armsãtwitter.com/i/web/status/1ãÎB7
cnnbrk