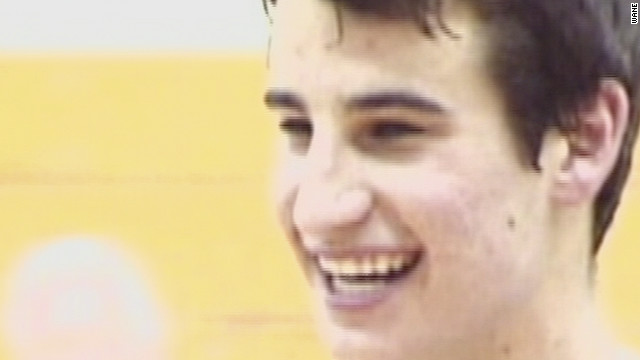 Things were looking bright for 16-year-old Austin Hatch as last summer began. The Indiana boy who had survived a plane crash that killed his mother and two siblings eight years earlier had just verbally committed to playing basketball for the University of Michigan in 2013.

Then the 6-foot, 6-inch high school basketball star boarded another small plane - piloted by his father, who also flew the 2003 flight - bound for the family’s summer home in Michigan.

That plane crashed as it approached a Michigan airport on June 24, 2011, this time killing his father and stepmother.

Austin survived again, but now with brain bruising and other injuries, and without any immediate family members. He was in a medically induced coma for weeks and underwent months of physical therapy.

This week, he told the Detroit Free Press that he’ll still be on Michigan’s team when the 2013-2014 season begins.

"I'm still going on a full basketball scholarship,” Austin told the Free Press for a story published Tuesday. “I'll still be on the team and all of that and go to practice and everything. But I just don't know if I'll be quite as good as I was before.

“But I still have over a year until then, so a lot can happen."

Austin, of Canterbury High School in Fort Wayne, Indiana, sat out all of his junior season. Released from a rehabilitation hospital last fall, he speaks slower than he used to and hasn’t yet been cleared to play basketball. But says his brain is almost as sharp as it was, and says he has the backing of Michigan coach John Beilein, who can’t comment publicly about Austin until he signs a letter of intent this fall, the Free Press reported.

“(Beilein) is one of the best guys that I know. He’s unbelievable,” Austin told the Free Press. “He says you’re not going to be as good at basketball – not yet. It takes time. He understands my road to recovery is not going to be an easy one.”

Austin was 8 when a plane piloted by Dr. Stephen Hatch, an anesthesiologist, crashed after clipping a power pole in Wells County, Indiana, in 2003, CNN affiliate WPTA reported. Austin and his father survived, but Hatch’s wife, Julie, 38; daughter Lindsay, 11; and son Ian, 5, were killed.

The National Transportation Safety Board determined that last June’s crash happened because the plane stalled due to inadequate air speed, WPTA reported. The plane hit a home’s garage near Charlevoix Municipal Airport in Michigan, killing Stephen Hatch and his current wife, Kim.