Russian forces withdraw from Snake Island in the Black Sea. Moscow calls it a "goodwill" gesture but Ukraine says iŌĆtwitter.com/i/web/status/1ŌĆ”xV 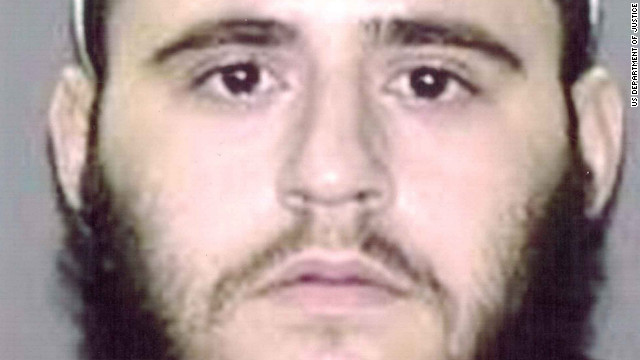 Prosecutors say Adis Medunjanin was trained by al Qaeda and that he planned to bomb the New York subway system.
May 1st, 2012
03:19 PM ET

A Bosnian immigrant accused of plotting to bomb New York City's subway system as an "al Qaeda terrorist" has been found guilty on all counts.

Adis Medunjanin was charged with conspiring to use weapons of mass destruction and conspiring to provide material support to al Qaeda. He faces life in prison.

In closing arguments late last week at a federal court in Brooklyn, Assistant U.S. Attorney Berit Berger said that Medunjanin was willing "to strap a suicide bomb to himself, walk into a New York City subway and blow it up."

Prosecutors had argued that Medunjanin traveled to Pakistan's tribal belt with two friends, Najibullah Zazi and Zarein Ahmedzay, where he sought to join the Taliban but ended up being recruited by al Qaeda to perform a suicide mission back in America.

Upon their return to the United States, prosecutors contend that Medunjanin and his two friends hatched a plan to rig backpacks with explosives and blow them up.

But Gottlieb denies his client had a role in such a bomb plot.

Co-conspirators Zazi, an immigrant from Pakistan, and Ahmedzay, an immigrant from Afghanistan, have pleaded guilty to planning the attack with him and are awaiting sentencing. Both men have cooperated with the government and testified at Medunjanin's trial.

Medunjanin's attorney, Robert Gottlieb, denied those accounts, insisting his client traveled to Pakistan "not to join al Qaeda, but to join the Taliban in fighting foreign troops in Afghanistan."

Millie Bobby Brown will star in a new Netflix film from the Russo brothers, called "The Electric State" cnn.it/3abpV5R
cnni

12:15 pm ET July 1, 2022 RETWEET
At least 20 people, including a child, were killed when Russia launched overnight missile strikes at a residentialŌĆtwitter.com/i/web/status/1ŌĆ”0B
cnni

10:21 am ET July 1, 2022 RETWEET
When a group of college kids channeled their pandemic woes into action, they never imagined the project would fuelŌĆtwitter.com/i/web/status/1ŌĆ”W9
cnni

US basketball star Brittney Griner, accused of having cannabis oil in her luggage, arrives for her trial at a courtŌĆtwitter.com/i/web/status/1ŌĆ”Az
cnnbrk

10:16 am ET June 30, 2022 RETWEET
The Supreme Court curbs the federal governmentŌĆÖs ability to fight climate change. The decision is one of the most ctwitter.com/i/web/status/1ŌĆ”nygL
cnnbrk