After the release of several Osama bin Laden documents, CNN took a look at the documents and asked readers toÂ share their thoughts. CNN posted analysis on the Security Clearance blog, and we featured some of the comments:

One of the more interesting conversations that emerged (among many, many topics) was about a remark that bin Laden made about Vice President Joe Biden.

Bin Laden said he wanted to kill President Barack Obama and Gen. David Petraeus. But Vice President Joseph Biden should not be attacked, he instructed. "Biden is totally unprepared for that post." If Obama were killed and Biden took control of the White House, bin Laden wrote, it would "lead the U.S. into a crisis."Â If Petraeus were killed, he reasoned, it would alter the course of the war.

Readers talked about Biden.Â Many said they sort of agreed with bin Laden's assessment, albeit reluctantly.

toadears: "Wow. Scary to think that even this nut job knew Biden wasn't a good choice."

Others didn't see things that way.

Just a bit of humor for some. END_OF_DOCUMENT_TOKEN_TO_BE_REPLACED 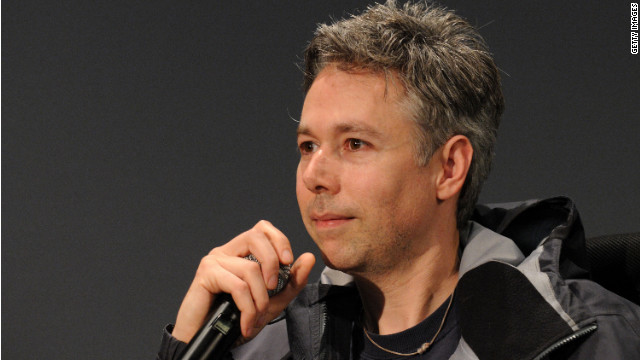 Adam "MCA" Yauch, a founding member of the pioneering rap band Beastie Boys, died Friday after a nearly three-year battle with cancer, the band's publicist said. Our readers joined together in the comments section to remember a favorite artist.

Adam 'MCA' Yauch of the Beastie Boys dies at 47

Readers told us how they took the news.

hotpatata: "My first reaction was shock. My second reaction was to drive down a main city street with the windows down and 'No Sleep Til Brooklyn' blaring. Only after that did I allow the tears. I love you and miss you already, brother."

Maybe it's somewhat clichĂ©, but the Beastie Boys' songs were like a soundtrack for many readers' lives.

DraftClinton: "Sad loss. The Beasties had not just a song, but an anthem for the 1980s generation."

Many readers exercised their right to party. END_OF_DOCUMENT_TOKEN_TO_BE_REPLACED

[Updated at 3:03 p.m. ET] Adam "MCA" Yauch, a founding member of the pioneering rap band the Beastie Boys, has died after a nearly three-year battle with cancer, the band's publicist said Friday. He was 47.

Yauch revealed in July 2009 that he had surgery for cancer in a salivary gland and a lymph node.

What is salivary gland cancer?

Yauch's death comes less than a month after the Beastie Boys were inducted in the Rock and Roll Hall of Fame in Cleveland. Because of his fight with cancer, Yauch did not attend, Rolling Stone magazine reported.

The Beastie Boys - Yauch, Adam "Ad-Rock" Horovitz and Michael "Mike D" Diamond - did not perform that night. But Horovitz read a letter from Yauch to the audience.

"I'd like to dedicate this to my brothers Adam and Mike," Yauch wrote, according to Rolling Stone. "They walked the globe with me. It's also for anyone who has ever been touched by our band. This induction is as much ours as it is yours."

Yauch's cancer delayed the release of the band's most recent album, "Hot Sauce Committee Part Two," for two years. It was supposed to come out in 2009 but instead was released in spring 2011.

The Beastie Boys' debut album, 1986's "Licensed to Ill" - featuring the singles "(You Gotta) Fight for Your Right (to Party)," "No Sleep Till Brooklyn," "Paul Revere" and "Brass Monkey" - was the first rap album to reach No. 1 on the Billboard album charts.

Yauch was a founding member of the group, which played for the first time at his birthday party in 1981, according to the bandâ€™s Facebook page.

He converted to Buddhism in the 1990s after visiting Nepal and hearing the Dalai Lama speak in Arizona, he told the Buddhist magazine Shambhala Sun in 1995.

As a Buddhist, Yauch became an advocate for Tibetan freedom, organizing concerts involving the Beastie Boys and other acts to raise money for the cause, including the first Tibetan Freedom Concert in 1996. Several similar concerts followed. 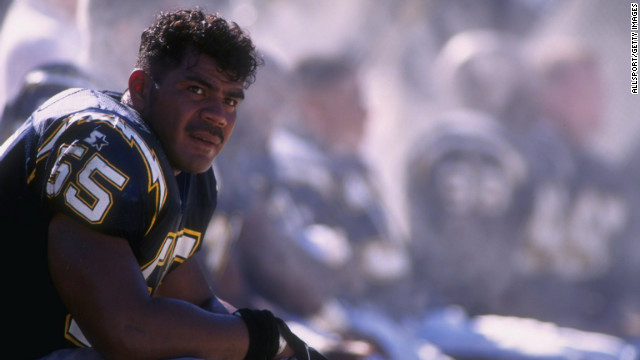 [Updated at 11:06 a.m. ET] The family of former NFL star Junior Seau, who authorities say committed suicide this week, has decided to let researchers study his brain to see whether it was damaged by concussions suffered during his football career, San Diego Chargers chaplain Shawn Mitchell said Friday.

Seau was found Wednesday in his Oceanside, California, home with what authorities said was a self-inflicted gunshot wound to the chest. It is not clear if Seau left a note or an explanation.

The family made the decision to allow the research in hopes it will help NFL players and others in the future, Mitchell said.

Since news of Seau's death broke, there has been speculation about whether repeated hits to his head over the linebacker's 20-year pro career could be a contributing factor.

There is no evidence Seau suffered from chronic traumatic encephalopathy (CTE), a degenerative disease brought on by multiple concussions, though friends and family have stepped forward to say the legendary linebacker suffered a number of hits to the head during his career.

END_OF_DOCUMENT_TOKEN_TO_BE_REPLACED

11:50 am ET - Obama talks college costs - President Obama spends part of his day at an Arlington, Virginia, high school, where he'll discuss the importance of having a fair shot at an affordable higher education.

END_OF_DOCUMENT_TOKEN_TO_BE_REPLACED 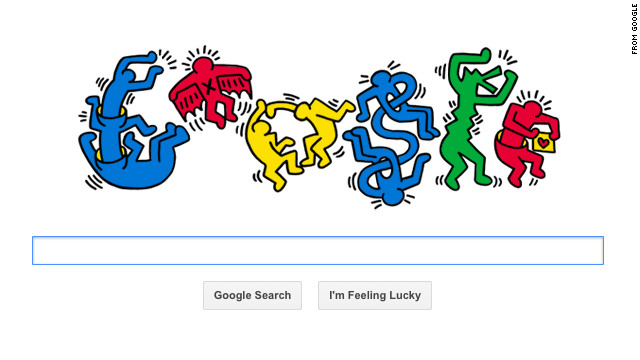 Today's Google welcome page honors the birthday of artist Keith Haring, whose distinctive cartoons became part of the cultural landscape of the 1980s.

"His populist philosophy is easily traceable in his paintings: he used simple, energetic line drawings to transmit important social messages as they emerged in the 1980s," according to Gale Biography in Context.

"Warning of the dangers of crack cocaine and other drugs, espousing safe sex and anti-apartheid logos, Haring traveled to many countries around the world, sometimes joining school children to encourage self-expression."

Haring, who learned that he had AIDS in 1988, established the Keith Haring Foundation in 1989, which supports non-profit organizations that help children as well as groups involved in education, research and care related to AIDS.

At least 10 people were killed, including two in Homs and three in Aleppo, where security forces clashed with students a day earlier, according to the opposition Local Coordination Committees of Syria.

In Anadan town in Aleppo province, security forces stormed a home and killedÂ  a man, his wife and son, the opposition group said. Local activists said they will be buried after Friday prayers.

Funeral arrangements may be announced Friday for Junior Seau, a day after authorities said that the football icon committed suicide.

The San Diego County medical examiner's office Thursday classified the death of the former NFL linebacker as a suicide, but the finding will probably do little to answer questions swirling since he was found with a self-inflicted gunshot wound to the chest.

Toxicology results and the narrative that could reveal contributing factors in the death could take weeks or longer to complete, said Sarah Gordon of the medical examiner's office.

Since news broke that Seau was found Wednesday in his Oceanside, California, home with a gunshot wound to the chest, there has been speculation about whether repeated hits to his head over his 20-year pro career could be a contributing factor.

Drew Peterson will be in an Illinois courtroom Friday for a hearing for his upcoming murder trial, court officials said.

The former police sergeant is accused of killing his third wife, Kathleen Savio, in 2004. He remains under investigation in the October 2007 disappearance of his fourth wife, Stacy Peterson.

This hearing comes after a controversial ruling was made earlier this year in the widely followed murder case.

In April, an Illinois appellate court ruled that prosecutors can use potentially incriminating statements made by Savio and Peterson's still-missing wife against him.

That ruling overturned an earlier judge's decision that forbid prosecutors from using eight statements made by Savio before her death and by Stacy Peterson before her disappearance.