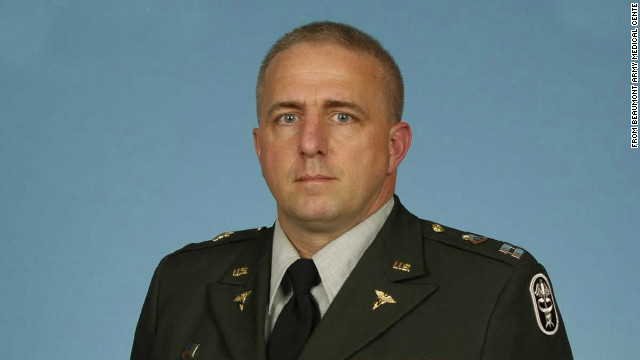 Military investigators said Monday that they do not suspect foul play in the death of an Army captain who suddenly collapsed during a video chat with his wife.

Capt. Bruce Kevin Clark, 43, was using the video chatting service Skype to speak with his wife, Susan Orellana-Clark, on April 30 when he suddenly slumped forward and collapsed. He was dead when military personnel arrived two hours later.

Orellana-Clark said in a statement Sunday that she saw what appeared to be a bullet hole on the wall behind her husband after he collapsed, leading to speculation he had been shot.

While the cause of Clark's death is not yet known, investigators have ruled out a gunshot, Army Criminal Investigation Command spokesman Chris Grey said in a statement.