The Los Angeles Dodgers win the World Series for the first time since 1988, defeating the Tampa Bay Rays 3-1 in Gamâ€twitter.com/i/web/status/1â€¦eZ 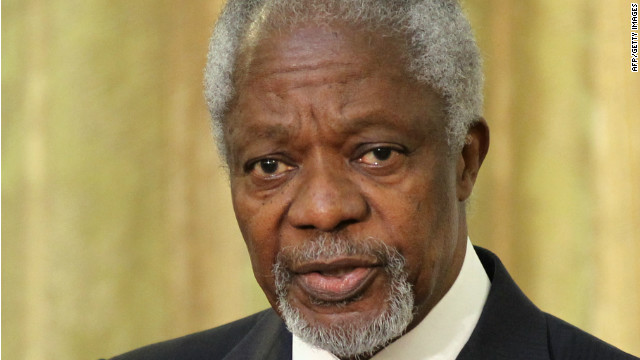 International envoy Kofi Annan told the U.N. Security Council on Tuesday that the international observer mission to Syria is the last chance to stabilize the country. Otherwise, he said, it could plunge into a full-scale civil war.

Annan made the statement a day after U.N. Secretary-General Ban Ki-moon said the situation has become one of the "most serious and gravest concerns of the international community."

"More than 9,000 people have been killed during the last 14 months. This is totally unacceptable and an intolerable situation," Ban said.

But the killing hasn't stopped.

At least 17 people died across Syria on Tuesday, including a soldier who was shot weeks ago in Aleppo while trying to defect and a young man shot by security forces in Hama, the opposition Local Coordination Committees (LCC) of Syria said.

In addition, the LCC reported explosions in Damascus, Homs and Hama.

Amid the violence and pressure on President Bashar al-Assad to stand down, the Syrian government touted a "wide turnout" for parliamentary elections Monday when more than 7,000 candidates vied for 250 parliamentary seats.

12:33 am ET October 28, 2020 RETWEET
Hawaii will soon allow travelers from Japan to enter without undergoing quarantine, as long as they present a negatâ€twitter.com/i/web/status/1â€¦Kl
cnni

12:21 am ET October 28, 2020 RETWEET
The Dodgers and the Rays faced off during the coronavirus pandemic, making it a Fall Classic the likes of which weâ€twitter.com/i/web/status/1â€¦HD
cnni