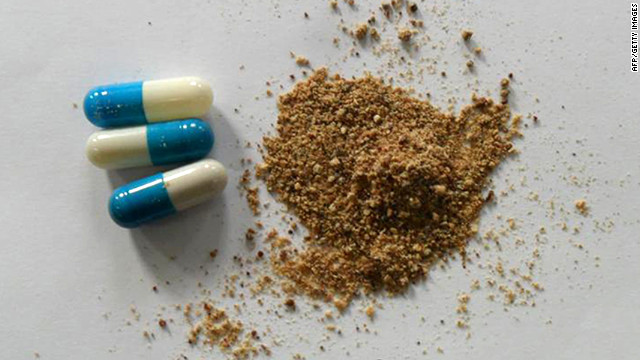 A photo released by the Korea Customs Service shows capsules filled with powdered human flesh in Daejeon, officials say.
May 8th, 2012
10:48 AM ET

China says no pills made from human flesh in country

Medications made of human tissue have not been found in China, the country's Health Ministry said Tuesday after reports a day earlier that pills made from the flesh of dead babies were smuggled from China into South Korea.

Chinese authorities will conduct an investigation into reports that the capsules, allegedly made from aborted fetuses, were made in China, Deng Haihua, a spokesman for China's Health Ministry, said in a report from the state-run Xinhua news agency. Similar allegations were investigated in August, and nothing was found to substantiate them, he said.

Deng said China has strict regulations to ensure that such a thing could not occur.

According to a report in the Korea Times, 29 smugglers of "human-flesh capsules" have been arrested after trying to bring 11,000 pills into the country while disguised as tourists.

More than 35 cases and more than 17,000 pills have been found by customs authorities since August, the South Korean website Dong-A Ilbo reported.Â

The pills are taken by people who believe they may help increase stamina, forÂ rejuvenation or by terminal cancer patients, according to the South Korean reports.