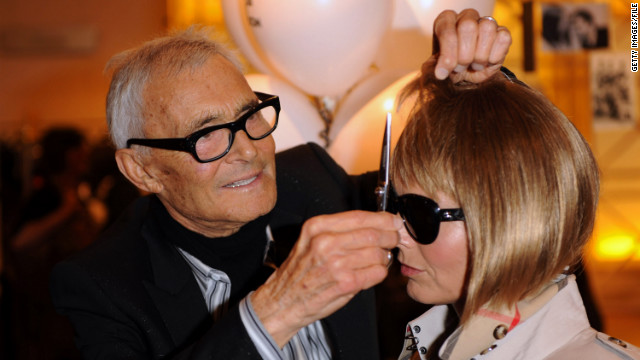 Vidal Sassoon cuts the hair of a lookalike for Vogue editor Anna Wintour at his autobiography signing in 2010.
May 9th, 2012
03:56 PM ET

"When officers arrived, there were family members at the residence," Maiberger said.

Sassoon, a British native, spent several years as a young boy in a London orphanage after his father left and his mother could not afford to care for him.

Later, after his mother dreamed of her son being in a barber shop, she apprenticed him to a local barber. That began a career that saw him develop two classic hairstyles of the 1960s - the bob and the even shorter five-point cut - along with an eponymous hair care line, a range of hair care tools, and a chain of salons.

About 6,000 of the 80,000 people living on La Palma of the Canary Islands have been forced to leave their homes toâ€twitter.com/i/web/status/1â€¦2a
CNNweather

8:50 am ET September 21, 2021 RETWEET
Rain and humidity continue to hang over the Southeast but cooler air is coming with a change of season. CNN meteoroâ€twitter.com/i/web/status/1â€¦bo
CNNweather