Jurors have been sent to deliberate in the trial of ex-officer Derek Chauvin after 45 witnesses were called over thâ€twitter.com/i/web/status/1â€¦mg

A Trump-appointed scientist has been transferred from her position overseeing the US government's report on the effâ€twitter.com/i/web/status/1â€¦lj

Rep. Steve Stivers of Ohio says he is leaving office next month, giving Republicans at least temporarily one fewerâ€twitter.com/i/web/status/1â€¦jJ

A former detective suspected of fatally shooting three people in Austin, Texas, has been arrested after being spottâ€twitter.com/i/web/status/1â€¦ph 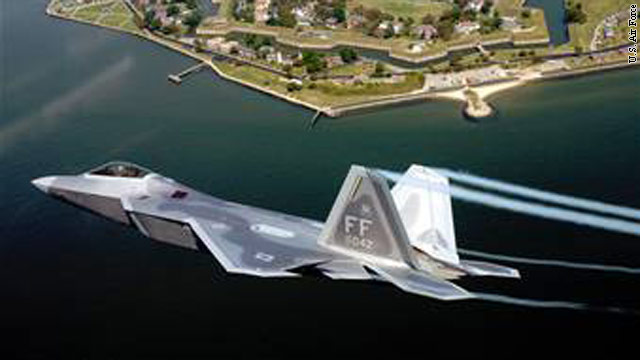 Even as the Air Force searches for the reason pilots are getting sick flying the F-22, a new mystery about the troubled stealth fighter jet has come to light: Why are mechanics on the ground getting sick in the plane as well?

The Air Force has been looking into a number of reports that pilots experienced "hypoxia-like symptoms" aboard F-22s since April 2008. Hypoxia is oxygen deficiency.

The Air Force reports 25 cases of such symptoms, including 11 since September, when the service cleared the F-22 fleet to return to flight after a four-month grounding.

"Early on in the return to fly, we had five maintainers that reported hypoxia symptoms," Gen. Daniel Wyman, command surgeon for the Air Combat Command, said during a conference call with reporters Wednesday.

8:31 pm ET April 19, 2021 RETWEET
The risk of surface transmission of Covid-19 is low, the US Centers for Disease Control and Prevention says. Far mâ€twitter.com/i/web/status/1â€¦dc
cnni

8:01 pm ET April 19, 2021 RETWEET
US Secretary of State Tony Blinken said that "coming up short" in efforts to address climate change "will have majoâ€twitter.com/i/web/status/1â€¦tp
cnni