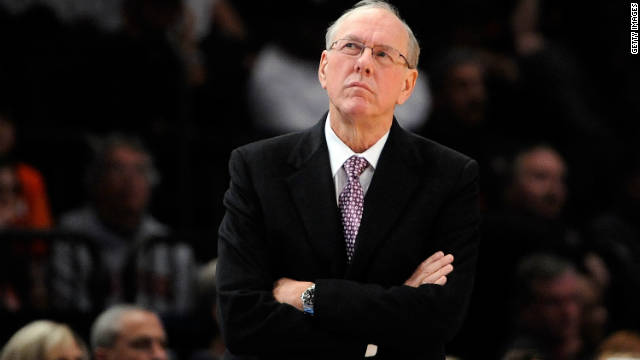 The suit was filed in December by two former ball boys for the basketball team, who have accused Bernie Fine, a former assistant coach, of repeated sexual abuse when they were children.

Boeheim (pictured) initially supported Fine, a longtime friend and colleague, accusing Mike Lang and his stepbrother, Bobby Davis, of fabricating their accusations of Fine's alleged misconduct. The coach later apologized for his comments.