New York City bike path terror suspect Sayfullo Saipov has been found guilty on all counts for using a truck to kilātwitter.com/i/web/status/1ā¦CX

The National Archives asks former presidents and vice presidents to re-check their personal records for classifiedātwitter.com/i/web/status/1ā¦Nu

An attorney for one of the five Memphis police officers fired over the death of Tyre Nichols says his client has beātwitter.com/i/web/status/1ā¦zY

The FBI has seized a website it says a ransomware gang used to extort $100 million from victims including a hospitaātwitter.com/i/web/status/1ā¦nc

The US economy finished 2022 strong, topping forecasts to grow at an annual rate of 2.9% in the fourth quarter evenātwitter.com/i/web/status/1ā¦1S

Four members of the military were also killed in the clashes, which began early in the morning in the Abyan districts of Zinjibar and Jaar, the officials said, while nine troops were wounded.

Government warplanes aided in the assault.

"We succeeded in taking takeover three strategic posts near Jaar and our forces will continue to go forward," said one of the officials, who spoke on condition of anonymity.

"Al Qaeda fighters are evacuating areas previously under their control due to the intensive government bombardment," the official added.

Yemen's government has been fighting al Qaeda in the Arabian Peninsula for years with mixed results.

Recently, the government sent thousands of troops to Abyan in its latest assault against the militants, vowing not to retreat until al Qaeda is defeated. 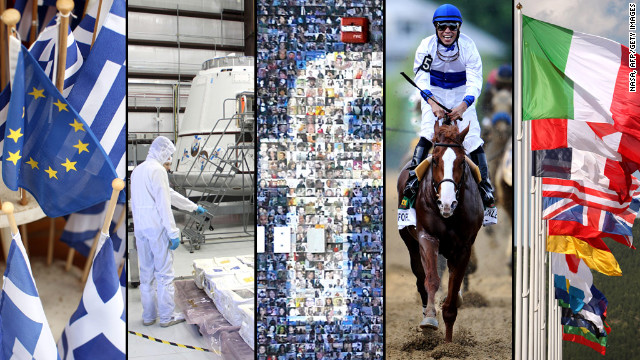 Debt-stricken Greece held parliamentary elections just a week ago, but it might call brand-new ones this week because of bitter disagreements over how to fix the country's finances, the failure of which could affect the financial stability of Europe.

New elections must be called if no government is formed by Thursday. They would take place next month.

Europe is keeping a nervous eye on Greece, fearing that the political chaos there could lead to defaults on debt that could threaten the future of the euro currency. Greek failure - or refusal - to make debt payments could hurt banks across Europe.

Outside lenders had made Greece agree to spending cuts as a condition for keeping the nation's finances somewhat afloat. But parties that are against the cuts - in jobs, wages, pensions and benefits - made gains in last week's elections, heightening tensions with the parties that favor the measures and making the formation of a new government difficult.

END_OF_DOCUMENT_TOKEN_TO_BE_REPLACED 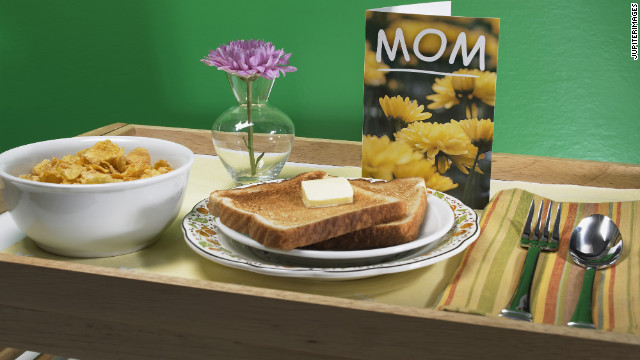 Happy Mother's Day to all of the moms out there. The National Retail Federation estimates consumers will spend $18.6 billion on Mother's Day this year, about $152.52 for the average person celebrating the holiday. If you forgot to get something special for Mom, don't worry, you can give her the perfect gift without spending a dime.

What are the best and worst Mother's Day gifts you've received (or given)?

The leaders of the Gulf Cooperation Council will hold a meeting Monday in Saudi Arabia to discuss transforming their six nations into a union, similar to the European Union.

The idea of the GCC nations to integrate into one entity - and replace what exists now as simply a cooperative - was first floated by Saudi Arabia in December. Monday's meeting in Riyadh will lay out the timetable for it.

The GCC is comprised of Bahrain, Kuwait, Oman, Qatar, Saudi Arabia, and the United Arab Emirates.

"The threats of all kinds require the hard works of the GCC countries to shift from a current formula of cooperation to a union formula acceptable to the six countries," Saudi Foreign Minister Saud al-Faisal said last month.

He didn't specify what threats he was referring to. But some analysts have said the GCC move could be an effort to counter the growing influence of Shiite Iran.

A key figure in Afghanistan's efforts to bring the Taliban to peace negotiations was assassinated Sunday in Kabul, authorities said.

Gunmen killed Moulavi Arsala Rahmani while he was on his way to work Sunday morning, the Afghan interior ministry said.

Rahmani was a senator and Cabinet minister during the Taliban government. In recent years, he was a senior member of the High Peace Council, established by President Hamid Karzai to ignite peace talks with the Taliban.

Authorities are searching for the attackers.

So sad. This father son duo was adorable. Now because of colon cancer Randy Gonzalez is dead at just 35 years old.ātwitter.com/i/web/status/1ā¦Va
sarasidnerCNN

7:16 pm ET January 25, 2023 RETWEET
Police say they will release the video but his family and attorneys have already seen it: @AttorneyCrump said it waātwitter.com/i/web/status/1ā¦mN
sarasidnerCNN

For some people, relaxation looks like settling down with a nice glass of wine and the most graphic, disturbing talātwitter.com/i/web/status/1ā¦iY
cnni

6:31 pm ET January 26, 2023 RETWEET
Protesters and some police officers protested at the official residence of Haitiās prime minister in the capital Potwitter.com/i/web/status/1ā¦xAOB
cnni

5:59 pm ET January 26, 2023 RETWEET
This diva bear was ready for its close-up. šø It posed selfie-style in front of a Colorado wildlife cam for hundredtwitter.com/i/web/status/1ā¦WoYtg
cnni

New York City bike path terror suspect Sayfullo Saipov has been found guilty on all counts for using a truck to kilātwitter.com/i/web/status/1ā¦CX
cnnbrk

12:25 pm ET January 26, 2023 RETWEET
An attorney for one of the five Memphis police officers fired over the death of Tyre Nichols says his client has beātwitter.com/i/web/status/1ā¦zY
cnnbrk