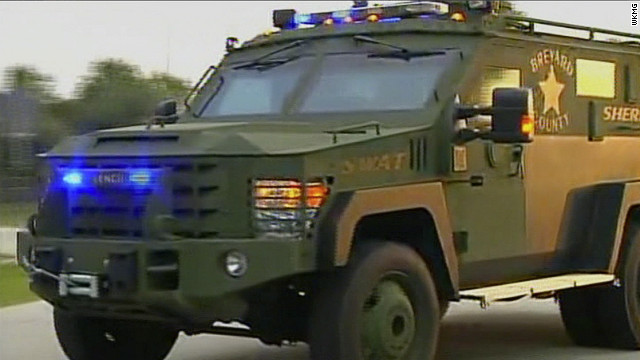 Four people were found dead inside the home and one female was found dead in the yard, officials said. The gunman or gunmen appear to be among the dead, Brevard County Sheriff's Office Lt. Tod Goodyear said.

"We have no idea on motive right now," Goodyear said.

A SWAT team was called to the neighborhood after a report of a shooting at the home, the sheriff's office told CNN affiliate WFTV.  The SWAT team entered the home just before 7 a.m. ET, Sheriff's Office spokesman John Mellicksaid. CNN affiliate CNF13 reported police were in a standoff until 8 a.m.

Residents in the area told CNN affiliate WKMG that officers in camouflage and carrying assault rifles arrived. Some were allowed to evacuate the area, WKMG reported.

"If we've made contact with you, then you are free to leave," Mellick told residents, according to WKMG.

This story is developing. We'll bring you the latest details as soon as we get them.