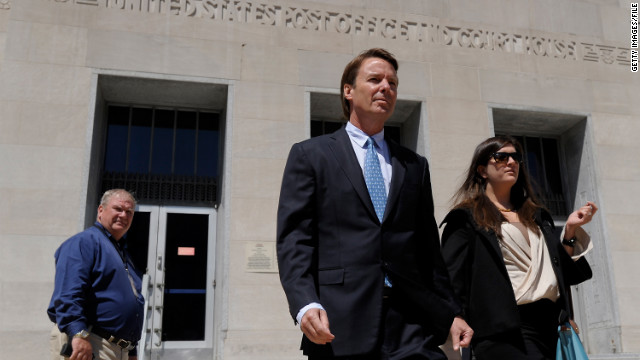 No more witnesses will be called and closing arguments are scheduled to begin tomorrow. Jury deliberations will likely begin on Friday.

The former U.S. senator's trial is under way in Greensboro, North Carolina. He is charged with six counts of illegal campaign contributions, conspiracy and falsifying documents. If found guilty on all charges, Edwards faces up to 30 years in prison and a $1.5 million fine.

The government alleges Edwards "knowingly and willingly" accepted large amounts of money from wealthy campaign donors to hide Rielle Hunter and her pregnancy in an effort to remain a viable candidate in his 2008 presidential campaign.

A friend and adviser to Edwards testified Tuesday that the candidate appeared surprised to learn that an elderly heiress sent money that ended up going to Hunter and Young.

The defense, which began its case Monday, has argued that Young largely used the money for his own personal gain, while also paying for Hunter's medical expenses during her pregnancy in an effort to hide the affair from Edwards' wife. Donations for that purpose, the Edwards team has argued, cannot be considered in violation of campaign finance laws.