A ruling from the Senate parliamentarian makes it unlikely Democrats will be able to include immigration reform in‚Ätwitter.com/i/web/status/1‚Ä¶8c

First Emmy award of the night goes to 'Ted Lasso' actress Hannah Waddingham for supporting actress in a comedy seri‚Ätwitter.com/i/web/status/1‚Ä¶Xv

FBI says human remains found in Wyoming are "consistent with the description" of Gabby Petito, but no formal identi‚Ätwitter.com/i/web/status/1‚Ä¶5c

A body was found in a national forest in Teton County, Wyoming, officials say. Police have been searching the area‚Ätwitter.com/i/web/status/1‚Ä¶7t

Two pilots were hospitalized after they ejected from a military training jet that crashed in Lake Worth, Texas, off‚Ätwitter.com/i/web/status/1‚Ä¶2E

A military training aircraft has crashed in Lake Worth, Texas. Two homes have been heavily damaged and up to three‚Ätwitter.com/i/web/status/1‚Ä¶Z6 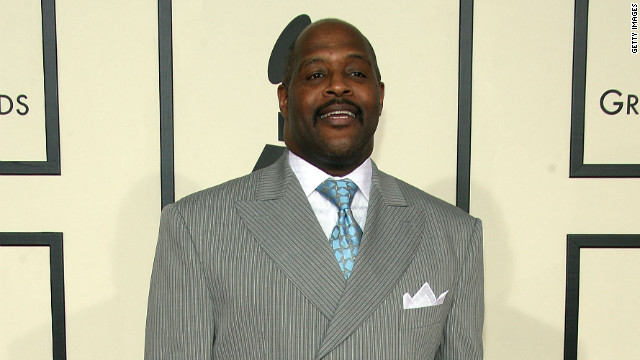 Pastor and gospel singer Marvin Winans said he lost his wallet and his SUV in Wednesday's attack.
May 16th, 2012
08:53 PM ET

Detroit pastor and gospel singer Marvin Winans, who delivered the eulogy at pop star Whitney Houston's funeral this year, was robbed and carjacked at a gas station in his home city Wednesday afternoon, CNN affiliates WXYZ and WDIV report.

Winans, pastor at Perfecting Church on Detroit's east side, had just walked out of the Detroit station's convenience store and was about to pump gas into his SUV when four men exited the store and attacked him, he told WXYZ.

The attackers kicked him and took his wallet and his purple 2012 Infiniti QX56 SUV, he said.¬†Winans suffered cuts and bruises to his face, hands and arms, and his pants were torn, WDIV reported.

‚ÄúThis kind of nonsense just has to stop ... it‚Äôs just the savageness of what‚Äôs happening in the streets. We just have to take a look at ourselves and say this has to stop,‚ÄĚ he told WXYZ.

Winans¬†delivered Houston's eulogy at her February funeral in New Jersey. He also¬†officiated at Houston's 1992 marriage to R&B singer Bobby Brown.