Ukraine secures the return of 144 soldiers, including dozens who helped defend the Mariupol steel plant, in prisone‚Ätwitter.com/i/web/status/1‚Ä¶W2

Justice Stephen Breyer says he will retire Thursday, setting the stage for Ketanji Brown Jackson to take over as th‚Ätwitter.com/i/web/status/1‚Ä¶Dp

The Supreme Court says in a 5-4 ruling that state agencies are not immune from private lawsuits brought under a fed‚Ätwitter.com/i/web/status/1‚Ä¶J5 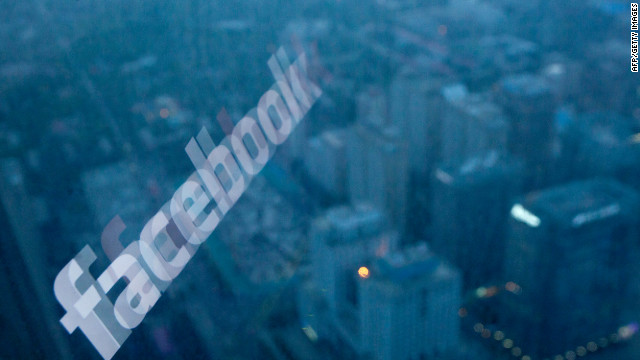 It started as the little engine that maybe, possibly could. Facebook swirled around college campuses and became a way to find out a little bit more about your classmates. But when the site went mainstream, it spread like a digital wildfire and in eight years it has gone from the little engine that could into the juggernaut¬Ýtank in the social media world.

It's not just the talk of the town or Silicon Valley, but about to be the talk of .... well, everyone. Want perspective? Facebook could raise as much as $16 billion in its IPO. That would make it the largest tech IPO in history - and the third¬Ýlargest U.S. IPO ever, trailing only the $19.7 billion raised by Visa¬Ý¬Ýin March 2008 and the $18.1 billion¬Ýraised by automaker¬ÝGeneral Motors¬Ýin November 2010, according to rankings by Thomson Reuters.

Why Facebook won't start trading at the opening bell¬Ý

Many of our readers have been weighing in on why they shun the site and how they have or are preparing to deactivate their account.¬Ý¬ÝIn fact, you could argue, Facebook bashing is often a topic of posts on the site. "Why isn't there a dislike button?" "I hate the new timeline." If you search any tech blog, on any given week, you can probably find two or three anti-Facebook stories. It's the cool thing to do. There's always a gripe that users have with Facebook, many that are valid, and some that are just ridiculous. But it shows the deep divide over whether Facebook has been a great advancement for us as a culture.

But there's also a lot of people who will tell you they don't understand all the hatred. Omar Gallaga is one of them.¬ÝGallaga is a tech-culture reporter for the¬ÝAustin American-Statesman¬Ýand a technology contributor to CNN.com, NPR and Kirkus Reviews. He's got more than 1,000 friends on Facebook. For him, like many others, the site gives him the chance to occasionally catch up with friends he can't connect with otherwise. And he argues that while many will continue to gripe, eventually they find their way back to the site. That's why he says he'll probably never leave Facebook.

How small investors can get in on Facebook IPO: A guide to how to buy¬Ý

And you can always follow along with as CNNMoney.com staffers write about¬Ýtheir attempts to buy the IPO.

Zuckerberg is expected to raise $1 billion cash from Facebook IPO. And employees that will be selling their shares stand to make a decent bit of cash too - but being a paper millionaire means they'll also be giving Uncle Sam ‚Äì and California - a big cut.¬Ý

If you want to know if the Facebook IPO will actually give you the bang for the buck, you've got to read this piece from Fortune that takes a look at whether¬ÝFacebook's IPO will pay off for investors?

Still, there's the question of whether it's a good idea to buy Facebook right now. Some investment pros say the company's valuation is bonkers. And there's been some unfortunate statistics and timing for Facebook lately. Their metrics show slowing engagement, and¬ÝIPO paperwork raises some red flags about its mobile user growth.

So, before you go ahead and¬Ýlook up¬ÝE*TRADE and put your money where your fast-typing fingers are, you'll want to see this Fortune piece on five reasons not to "like" the Facebook IPO.¬Ý

$4.84 ‚Äì Approximate amount of annual revenue that Facebook earns off of each user.

85% – Percentage of Facebook‚Äôs revenue that comes from advertising.

$10 million ‚Äì Amount that GM spent on advertising on Facebook in 2011.

$0 ‚Äì Amount that GM plans to spend on Facebook advertising in the future.

421 million ‚Äì Number of shares that Facebook will offer for sale to investors on May 18th.

$16 billion ‚Äì The amount that Facebook will raise if all 421 million shares sell for $38 each.

388 million ‚Äì Number of black hoodies that you can buy at Gap.com with $17.5 billion.

1.4 billion ‚Äì Numbers of copies of The Social Network that you could buy on Amazon.com with $17.5 billion.

3 ‚Äì Number of years that Facebook has been blocked in China by censors.

1,781 ‚Äì Number of Americans who gave theirU.S.citizenship in 2011, including Eduardo Saverin, co-founder of Facebook.

$100 million ‚Äì Estimated amount of money in taxes that Saverin will save by renouncing his citizenship.

This startup is making waves in the boating industry -- by making almost no waves at all. Watch its electric boat "‚Ätwitter.com/i/web/status/1‚Ä¶OS
cnni

12:00 am ET June 30, 2022 RETWEET
The elected Ukrainian mayor of Kherson was arrested, according to pro-Russian officials in the city, hours before t‚Ätwitter.com/i/web/status/1‚Ä¶WX
cnni

This startup is making waves in the boating industry -- by making almost no waves at all. Watch its electric boat "‚Ätwitter.com/i/web/status/1‚Ä¶OS
cnni

12:00 am ET June 30, 2022 RETWEET
The elected Ukrainian mayor of Kherson was arrested, according to pro-Russian officials in the city, hours before t‚Ätwitter.com/i/web/status/1‚Ä¶WX
cnni

12:30 pm ET June 29, 2022 RETWEET
The Supreme Court says in a 5-4 ruling that state agencies are not immune from private lawsuits brought under a fed‚Ätwitter.com/i/web/status/1‚Ä¶J5
cnnbrk