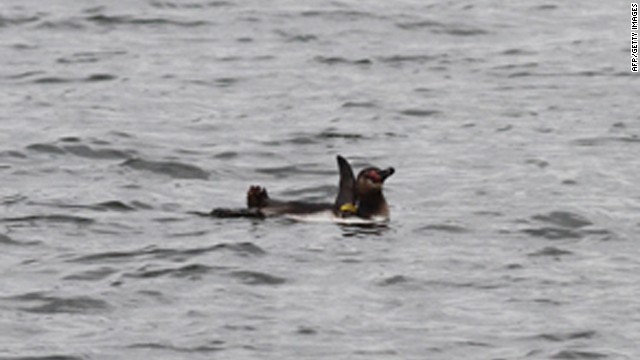 A penguin that escaped from a Japanese aquarium in March is apparently thriving in Tokyo Bay, according to news reports from Japan.

The fugitive bird, known as Penguin 337, somehow scaled a 13-foot-high wall and then got through a barbed-wire fence to get into the bay.

Officials from Tokyo Sea Life Park feared the 1-year-old Humbolt penguin would not survive in the waters of the bay, busy with marine traffic headed for densely populated Tokyo.

But apparently 337 is making meals of small fish in the bay and finding some place to rest onshore at night, park officials said, according to a Reuters.

The penguin was filmed by a Japanese coast guard patrol craft on May 7, but the crew was unable to catch it.