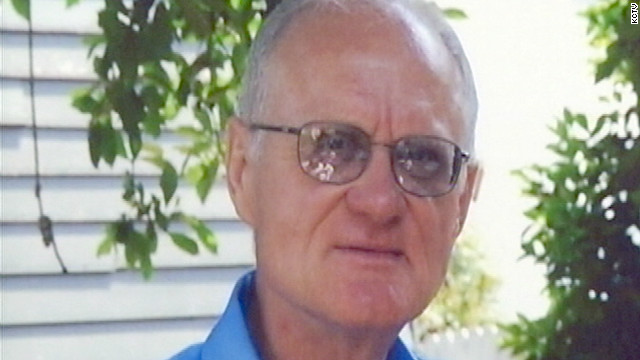 “Literally, we can find no motive,” he said.

Stone was a homeowners’ association leader and the husband of a pastoral assistant – she was supposed to preach Sunday morning at Raytown’s St. Luke United Methodist Church, CNN affiliate WDAF reported.

He was shot near an intersection by a gas station. Surveillance video from the station shows the shooting, though police have released only footage of a few seconds before the shot, Bowman said.

The video shows a dark-color, four-door car. Police say they don’t know the model or the license plate number. Bowman said a witness was able to describe only the passenger, and the description was light on details: a young African American male with a short Afro-type hairstyle.

A Kansas City police spokesman, representing a multiagency detective squad that looked into the shooting, initially told local media that the killing could have been part of a gang initiation, as CNN affiliate KCTV reported.

But Bowman said Thursday that detectives have determined this probably wasn’t the case.

“We have not found any of the street gangs, that we’re aware of, to make that an open part of the initiation process,” he said.

People who knew Stone told KCTV that he enjoyed serving others, doing things such as helping to build a park next to his church. His daughter, Susan Li, told reporters Monday that he prided himself in keeping physically fit and hoped to get back into running marathons.

Li asked for people with information about the shooting to come forward.

“He was in constant service … to the community, and the community now has the opportunity to be in the service of justice,” she said.