The bodies of 22 civilians, including 10 children, were found following Russian shelling on a convoy of cars near t‚Ätwitter.com/i/web/status/1‚Ä¶nR

Russian troops pull out of key strategic city of Lyman after being surrounded by Ukrainian forces, Russia's defense‚Ätwitter.com/i/web/status/1‚Ä¶cz

Tropical Storm Alberto, the first named storm of the 2012 Atlantic hurricane season, formed Saturday off the coast of South Carolina.

As of 5 p.m., the storm was located about 140 miles east-southeast of Charleston, South Carolina, with maximum sustained winds of 45 miles per hour, the Miami-based National Hurricane Center said.

It was churning southwest at 3 mph.

No coastal watches or warning were in effect, though a tropical storm watch could be issued for parts of the coast later Saturday, the Hurricane Center said. 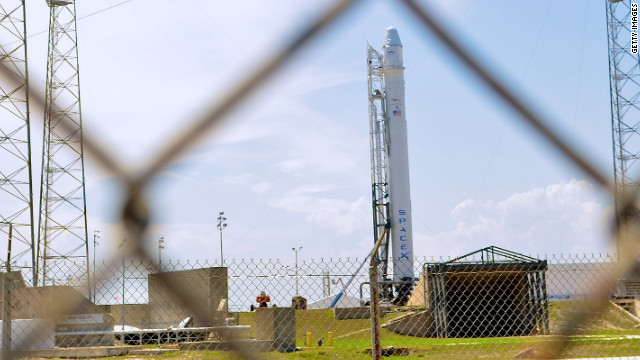 SpaceX aborted the historic launch of its Dragon spacecraft to the International Space Station at the last second because of a rocket engine glitch.
May 19th, 2012
01:35 PM ET

The rocket engines of SpaceX's Dragon spacecraft fired, and then abruptly stopped as the countdown to launch reached zero on Saturday. The shutdown caused SpaceX to abort launching the private unmanned spacecraft to the International Space Station.

Both NASA and SpaceX want Dragon to be able to deliver cargo to the station, bringing food, water and other provisions to the station's crew. The possibility of this launch was regarded as historic for sending private spacecraft into orbit.

What do you think is the future of commercial space travel? Please share your thoughts in the comments below.