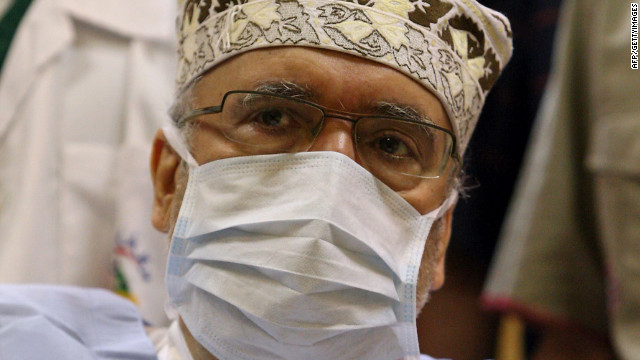 CNN's Nic Robertson tracked al Megrahi down at the palatial villa Moammar Gadhafi had built for him, apparently in a coma and near death.¬ÝAl Megrahi's family said his son and mother were trying to care for him with oxygen and an intravenous drip, but with no medical advice.