A second former aide to New York Gov. Andrew Cuomo accuses him of sexual harassment, according to the New York Timeātwitter.com/i/web/status/1ā¦yl

The US Coast Guard is searching for a small airplane that's missing off the coast of Boca Raton, Florida, with oneātwitter.com/i/web/status/1ā¦WC

Police in New Haven, Connecticut, have an arrest warrant for an MIT student wanted in the fatal shooting of Yale stātwitter.com/i/web/status/1ā¦ev

At least 42 people, including students, who were kidnapped last week in an armed raid at a state-run school in nortātwitter.com/i/web/status/1ā¦ZP

The House passes the $1.9 trillion Covid aid package, a major step in easing some of the pain caused by the pandemiātwitter.com/i/web/status/1ā¦Vz

Three people were killed when their single-engine plane crashed into a ravine shortly after takeoff in Gainesville,ātwitter.com/i/web/status/1ā¦02 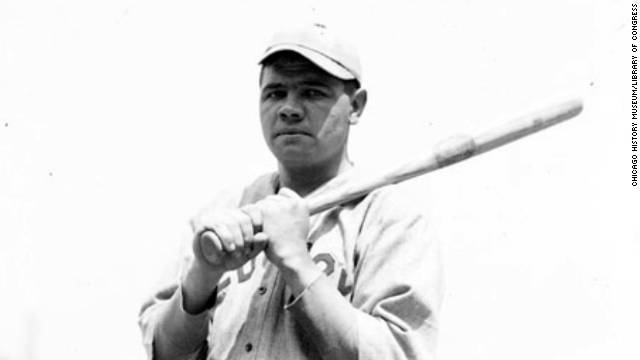 A jersey worn by New York Yankee Hall of Famer Babe Ruth has sold at auction for $4.4 million, the most ever paid for a piece of sports memorabilia, a California auction house announced. 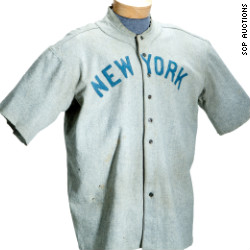 The 1920s jersey was on display in a Baltimore museum.

"We are honored to, once again, be a part of history,ā David Kohler, president of SCP Auctions, said in a statement. āThis proves again that Babe Ruth is king in the sports memorabilia world."

The jersey was bought by Lelands.com, a New York auctioneer of memorabilia from sports, rock 'n' roll, American collectibles and vintage photography.

"We are ecstatic about the purchase of his earliest known Yankees jersey," Mike Heffner, president of Lelands.com, said in a statement. "It's like buying a priceless painting, the pinnacle of sports memorabilia."

The company plans to offer the jersey to a private buyer.

The jersey had been on display in the Babe Ruth Birthplace Museum in Baltimore.

Also sold during the auction was a Ruth cap from the 1930s. Owned by former Yankees pitcher David Wells, it went for $537,278, a record for a cap, according to the auction house. Wells wore the cap while pitching for the Yankees on June 28, 1997, it said.

A new study found that doctors gave the wrong antibiotics to nearly half of 670,400 people diagnosed with a UTI. Inātwitter.com/i/web/status/1ā¦P4
cnni

1:00 am ET February 28, 2021 RETWEET
This past week, NASA released the first video showing the Perseverance rover landing on the surface of Mars.ātwitter.com/i/web/status/1ā¦0l
cnni