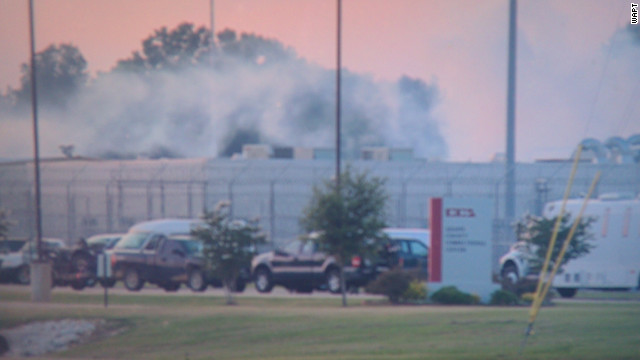 Prisoners rioted at the Adams County Correctional Facility in Natchez, Mississippi, on Sunday.
May 21st, 2012
10:09 AM ET

Authorities said early Monday they had put down a prison riot that claimed the life of a guard as it continued into the late evening Sunday.

A 23-year-old guard died of head injuries in the disturbance at the Adams County Correctional Facility in Natchez, Mississippi, according to county coroner James Lee.