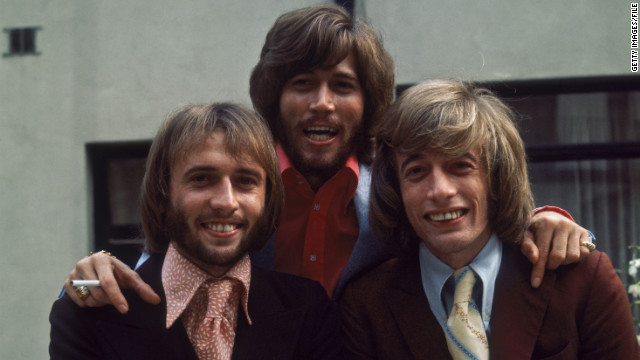 As readers remember Robin Gibb, 62, who died Sunday, they're also looking back at The Bee Gees' legacy. While the Brothers Gibb are sometimes associated with the disco era, many commenters pointed out that they had a career well before "Saturday Night Fever." They performed together as kids and had several hits in the 1960s and early 1970s.

Robin Gibb, member of the Bee Gees, dies after battle with cancer

The Bee Gees were more than "Saturday Night Fever," many readers said.

ganderse: "They call this guy a disco singer, but the Bee Gees were so much more than that. These guys wrote some amazing songs! They were not just rockers, but balladeers as well. Songs like 'The First of May,' and 'Dearest' still make me cry. Thanks, guys for some great music."

Laura Shafer: "I'm pretty sure that people who don't appreciate the brilliance of the Bee Gees are those that have never listened to music outside of their favorite FM radio station. There were Bee Gees before SNF, during SNF and after SNF. And if disco music itself was such a travesty, why are we still listening to it and talking about it 30 years later? Godspeed, Robin. With now only one brother left to us, it is a sad day."

One reader paid tribute to the songwriting.

WmPreece: "First of all it's sad to loose another music talent. Robin was one of the key voices of the Bee Gees. The song 'I Started a Joke' always endured time and really made people think a lot about things. Every time he performed it, the level of excellence was always the same ... The other thing is that while some never heard of the Bee Gees or remember them have probably heard a song or two that was written by them done by other performers and groups. Almost anyone in the music business that scored a hit in the past 20 years probably have had a it written or co-written by one of the Bee Gees. As for the people getting on here making stupid or rude comments, you would think that there would be more respect or maturity rather than acting too poorly. It takes less effort if you just let people who do care make comments and move on.

Getting back to Robin's passing, he will be missed by millions of fans and condolences goes out to the Gibb family on another loss. Andy was to young and unfortunately was beyond saving. Maurice and Robin endured a lot of suffering before they passed on. May his children and beautiful wife know his voice touched a lot of people. The rest of the Gibb family and especially Barry the last of the brothers know prayers and support goes out to them during this time. Thanks to all the Gibb brothers for making such great music over several decades and endured the test of time. Whether it was an early hit or later hit background harmonies on many tunes or writing some of the best tunes the talent you shared is much appreciated ... bless you all ..."

iReporter Allen Mealey of Moreno Valley, California, looked back fondly on the stages of the Bee Gees' career and said the loss of Robin Gibb leaves a hole.

"The early years, when I lived in Valdosta, Georgia, were my favorite. The love songs had me dreaming of fast cars and women at a young age. I saw the Bee Gees in concert at Dodger Stadium in 1979. Over 80,000 fans filled the massive 'dance party' show ... The world's biggest disco! So now Robin Gibb joins Donna Summer in disco heaven. The dance floor from our generation up there is getting full now. We are starting to feel old ... But the legacy will live on with the music. Somewhere in the world right now, a nightclub is playing a Bee Gees song."

What was the role of the "disco phase" in the Bee Gees' history?

PaulRAnderson: "'Disco' group The Bee Gees? Hardly. Their disco era was a small part of their career. Rest in peace, Robin."

harryreid: "Unfortunately they will be remembered more as a disco group than anything else. I felt their best efforts were prior to the mid '70s. A very talented group no matter which era."

Susan Barth: "I liked them 'til they went disco. Disco sucks ..."

Some readers talked about the Bee Gees' history.

SpiderWoman4: "All of the Brothers Gibb have died young. Andy at 30. Maurice at 53. And now Robin at 62. People live into their 80s now. 62 is too young to die. Robin said that his recent problems and his brothers' deaths may be the "Karmic price" they have to pay for all of their fame and fortune. I don't believe that. I believe Andy was born with a heart condition and both Robin and Maurice were born with bowel problems. Maurice died from his bowel problems. Robin had bowel and pancreatic cancer. Their fate was probably sealed for them a long time before they became famous. RIP Robin."

A few commenters said they were feeling their age.

Rick1948: "You know you're getting old when all the people you watched or listened to in your teens and twenties are dying off. No matter what you thought about disco, the Bee Gees were a great group."

newescher7: "I'm 62 and feel like 20. Seems if you make it through the late 50s and early 60s, you're good for another 20 years. The strange thing is that around the late 50s, you really start hearing about friends and acquaintances dropping like flies. To all you youngsters out there - live like every day is your last. It comes faster than you could ever imagine."

Enjoy what you can.

Glades2: "It really shows how short this life is - Donna Summer was about the same age but when you're in the 20s and 30s you don't consider you are only going to be here for a handful (perhaps) of fleeting decades - or less - until you get to my generation (the next one down from these folks) and then the illnesses start to come to yourself or your peers (as they did for me last year), and then you suddenly realize that this life is truly short, but that doesn't mean you should go crazy and do 'whatever,' but it does mean you have to appreciate what God has given you and to do your best to make a difference in this world – may he rest in God's peace ..."

Thecbr1100: "The Bee Gees were without equal to me. From the '60s to their final album in 2001, I loved every single one of them. They were also brilliant in the '80s to anyone who listened to their music. Unfortunately they were marred by most in the U.S. due to their association to disco b/c they were asked to write songs for a disco movie. Their music was constantly evolving but still had the Bee Gees underlying stamp of soul on it. The world has lost a great artist and person, who happened to sing with one of the most penetratingly beautiful voices ever to grace our ears. RIP Robin."

Of course this reader has fond memories of some of it.

Susan L. Trout: "Talent upon talent–that's the Bee Gees! They created and performed music that is both beautiful and downright great dance music. Every time I hear 'Night Fever,' I want to get up and hustle. Robin, you join some wonderful singers and musicians in heaven. Heck, at the rate we're going, all the great talent will be there and we'll have to wait our turn to live it again. And as a friend of mine reminded us, using the words of a famous rock song - 'If there's a rock n' roll heaven, I know they got a hellava band'! Prayers for your family and thank you for giving us the gift of beautiful music for so many years."

Poutso: "EVERYTHING was more fun back in the '70s! The music was incredibly and massively creative, whether you're talking pop, rock or disco/dance music! There were less lawyers and frivolous lawsuits, and you couldn't die from having sex (AIDS, HPV-16 causing cancer, etc.)! Life was more carefree, and life was more affordable than it is now. American industry had not yet been off-shored or exported to cheap labor countries. RIP Robin Gibb, and RIP to a truly great era, and the peak of American life and culture!"

Good times, they were.

aholee: "A doobie, a glass of wine and a Bee Gees album is the reason a lot of people born in the late '60s and the '70s are here today at all. This was getting-laid music. Rest In Peace Robin Gibb, all of the truly gifted musicians are already in heaven."

What's your take? Share your opinion in the comments area below and in the latest stories on CNN.com. Or sound off on video via CNN iReport.