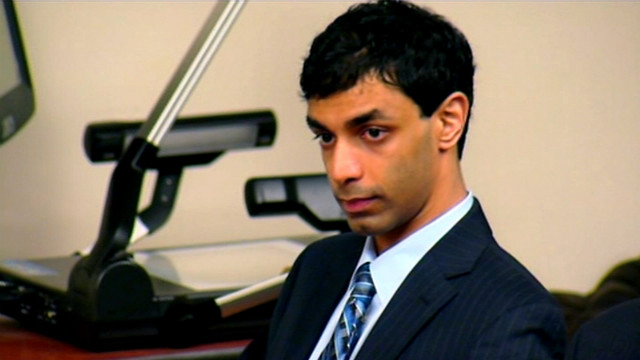 A New Jersey judge on Monday sentenced Dharun Ravi to 30 days in jail for spying on and intimidating his gay Rutgers University roommate, Tyler Clementi, who then killed himself by jumping off New York's George Washington Bridge in September 2010.

Ravi will be on probation for three years. HeÂ must also complete 300 hours of community service and attend alternative lifestyle counseling.

The September 2010 death of Tyler Clementi, and Ravi's trial this year, thrust the issue of cyberbullying and prejudices against homosexuals into the national spotlight.

"My son Tyler was a kind and gentle soul," Joe Clementi said of his son. "... Nobody other than Tyler understood how vulnerable he was, but the fact is that he was very vulnerable - and he was shaken by the cold, criminal actions of his roommate."

India's Prime Minister Narendra Modi has apologized for the hardships caused by a nationwide lockdown, as the numbeâ€twitter.com/i/web/status/1â€¦Oz
cnni

12:50 am ET March 30, 2020 RETWEET
If you havenâ€™t signed up, you shouldtwitter.com/brianstelter/sâ€¦Kn
susancandiotti

12:45 am ET March 30, 2020 RETWEET
RT @JamesMartinSJ: I cannot understand the resistance of some conservatives Christians (and Catholics) to listen to public health officialsâ€¦
susancandiotti