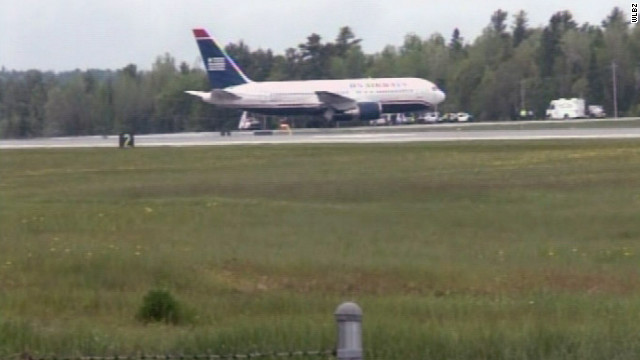 US Airways jetliner diverted on flight over Atlantic

A US Airways jetliner en route from Paris to Charlotte, North Carolina, has been diverted to Bangor, Maine, for a "security issue," airline spokesman Andrew Christie told CNN.

A Transportation Safety Administration statement said the plane has landed safely in Bangor.

"TSA is aware of reports of a passenger who exhibited suspicious behavior during flight. Out of an abundance of caution the flight was diverted to BGR where it was met by law enforcement," the statement said.

A US Airways spokesperson said there 179 passengers and nine crew aboard the flight.