House votes to fund government through December 16, averting a shutdown hours before a midnight deadline. The billâ€twitter.com/i/web/status/1â€¦qf

Ukrainian President Volodymyr Zelensky says his country is applying for NATO membership "under an accelerated proceâ€twitter.com/i/web/status/1â€¦lU

Ukrainian officials say 23 people have been killed and 28 injured in an attack by Russian forces on a civilian convâ€twitter.com/i/web/status/1â€¦O5 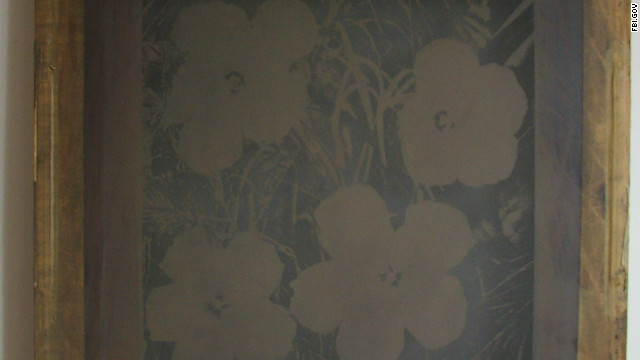 FBI agents are trying to determine who stole 19 pieces of high-priced art, including an Andy Warhol silkscreen, from a Detroit business.

The art - worth millions of dollars, according to CNN affiliate WDIV - was taken between April 27 and April 29 from a business owned by an art collector in Detroitâ€™s Corktown neighborhood, the FBI said Tuesday. The agency didn't name the business or the owner.

The collection includes a 1960s silkscreen that Warhol used to make â€śFlowersâ€ť prints, according to the FBI. Â The other pieces of art, including paintings and drawings, were done by Larry Rivers, Francesco Clemente, Philip Taaffe, Joseph Beuys and Peter Schuyff.

Investigators suspect that the thief or thieves â€śmay have already crossed state lines, if not left the country, in an effort to sell them,â€ťÂ Â FBI spokesman Simon Shaykhet said.

â€śWeâ€™re putting a message out to art dealers, pawn shop owners, and anyone dealing in art to be aware of it,â€ť Shaykhet said.

The art was neither locked up nor on display, the FBI said.

A $5,000 reward is being offered for the piecesâ€™ recovery. They have been entered into the FBIâ€™s national stolen art database.

Up to $6 billion worth of art is stolen each year, according to the FBI.

2:00 am ET October 1, 2022 RETWEET
Even by the bloody standards of Indonesiaâ€™s decades-long Papua conflict, one massacre stands out for its brutalitytwitter.com/i/web/status/1â€¦UBmZ
cnni

11:59 pm ET September 30, 2022 RETWEET
Iranian security forces arrested a woman after a photo of her and another woman eating at a Tehran restaurant withoâ€twitter.com/i/web/status/1â€¦wj
cnni

2:00 am ET October 1, 2022 RETWEET
Even by the bloody standards of Indonesiaâ€™s decades-long Papua conflict, one massacre stands out for its brutalitytwitter.com/i/web/status/1â€¦UBmZ
cnni

11:59 pm ET September 30, 2022 RETWEET
Iranian security forces arrested a woman after a photo of her and another woman eating at a Tehran restaurant withoâ€twitter.com/i/web/status/1â€¦wj
cnni