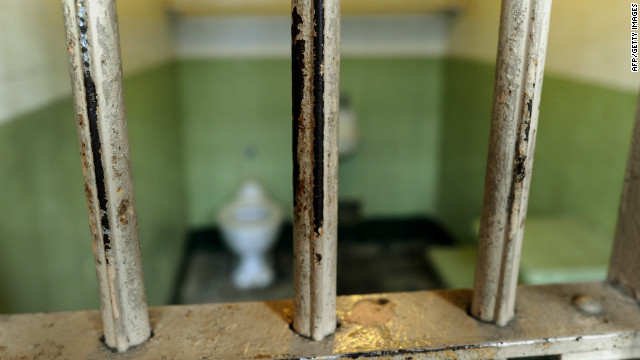 Overheard on CNN.com: What's prison for?

Norway's Bastoy Prison seems almost idyllic. Inmates have almost everything they could possibly want on the lush, 1-square-mile island except for their freedom.

CNN.comÂ commenters had mixed reactions to the story. Some agreed that getting inmates ready for life after prison is the most important thing - even if it means giving them jobs and spa-like living conditions. Others said Bastoy fails at a prison's most important job, which they said is punishing and deterring crime.

Welcome to the world's nicest prison

intventor121 "Caging of the offender serves a two fold purpose. 1. Takes away the "liberty" of the offender. 2. Protects the rest of society. I can't think of any other purposes for prison can you?

yellownumb5 "Rehabilitate the offender into a productive member of society rather than pay to house them and release them with no prospects or reform only to offend again.

max555544333 "I personally think the approach sounds nuts, but I'm no expert on crime and criminals. You don't really need any expertise to see that the U.S. system doesn't work."

Civildiscors "If you think this isn't harsh enough, or punishment enough, and it's rewarding the criminal, look again. If you value humanity and human beings, you will see that they are worth rehabilitating, treating and being given a chance to prove themselves worthy. If you don't value human life, you will say 'just kill them to save taxpayers money,' as if money is more valuable than people. And if that's your philosophy on life, you are surely doomed."

Scooter111 "Norway has a very low crime rate. Whatever works for them. You are twice as likely to be the victim of a violent crime in our state of Oregon and 4 times more likely in Texas. The goal of any justice system is to keep the non-criminal population safe. So Norway is doing a pretty good job, better than we are."

Others, like Goose66 said that focusing on rehabilitation misses the point:

"It may 'work,' but what about basic fairness. Is it fair to pay to house and feed outlaws in a resort-style environment, where they can fish and eat without working, while law abiding citizens toil away everyday and can't afford to buy food or a cottage of their own? When did fairness go out the window?"

RPTX "I'm sorry. While I'm all for lenient sentences for drugs, white collar crimes, and theft, as a parent I could not fathom someone strangling my daughter and getting a 10-year sentence on some resort island. I don't care how "enlightened" Norway seems to be, that is not fair to victims and their families. Period!"

mathews0723 "Where is the punishment? You stay in a dorm and get to call your parents? Sounds like college to me. I wonder what the murder victims' families think about the way the criminals are being treated. I am not a super vengeful person butÂ I do think they should live without some of the extra perks. Geez."

The 8th Congress for the Cuban Communist Party is timed to commemorate the 60th anniversary of Cuba's victory overâ€twitter.com/i/web/status/1â€¦9o
cnni

5:48 pm ET April 15, 2021 RETWEET
The United States government and Gavi, the Vaccine Alliance, have kicked off a pledging event aimed at raising an aâ€twitter.com/i/web/status/1â€¦1X
cnni

5:27 pm ET April 15, 2021 RETWEET
The UK's public broadcaster, the BBC, received over 100,000 complaints over the level of coverage of Prince Philip'â€twitter.com/i/web/status/1â€¦ip
cnni

5:05 pm ET April 15, 2021 RETWEET
The top American general responsible for troops in Europe said there has not been an equal distribution of vaccinesâ€twitter.com/i/web/status/1â€¦rL
cnni