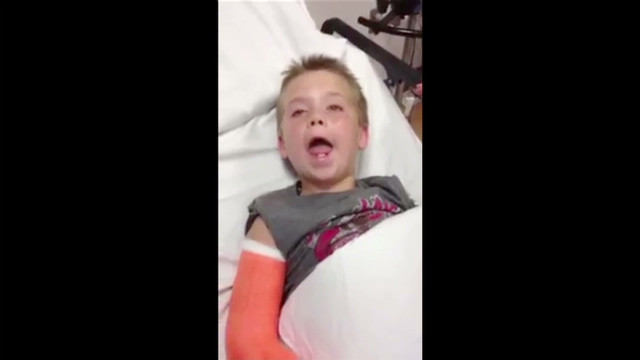 Matthew Russell went into the hospital to be treated for a broken arm and left as a YouTube sensation.
May 30th, 2012
06:37 PM ET

A few years ago, 7-year-old David DeVore Jr. became a YouTube sensation after his father posted a funny clip of him recovering from a trip to the dentist. The video has been watched more than 100 million times. Now, a newcomer named Matthew Russell is attracting the same type of attention with his post-anesthesia "hilarity." Watch how these kids have become viral video stars.

Kid on anesthesia: 'I feel dizzaaay'

See why this boy's humorous reaction to anesthesia became a YouTube hit.