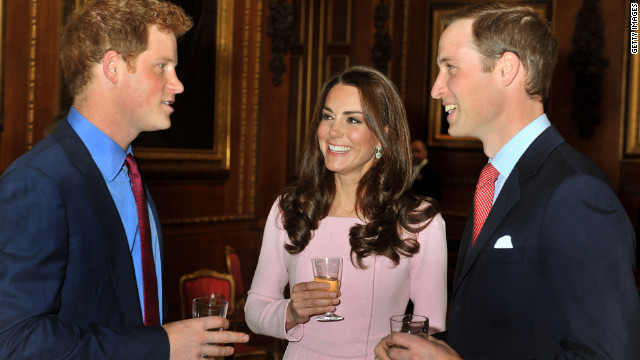 But William, the Duke of Cambridge, said in an interview with Katie Couric on ABC that he still hasn't gotten used to all the media attention devoted to tracking his plans for a family with his wife, Catherine.

"It is quite strange reading about it, but I try not to let it bother me,” he said. “I’m just very keen to have a family, and both Catherine and I, you know, are looking forward to having a family in the future.”

“You won’t get anything out of me. Tight-lipped,” William quipped.

William said he particularly missed his mother as he said his vows to Catherine at Westminster Abbey, where Diana's funeral had taken place nearly 15 years earlier.

“She played a huge part in my life and Harry’s growing up, how we saw things and how we experienced things," he said. "She very much wanted to take us away from the sort of royal aspect of life and get us to see the rawness of real life. And I can't thank her enough for that because reality bites, in a big way. And it was one of the biggest lessons - just how lucky so many of us are.”

“Hopefully, I can try and do her some kind of justice,” he said. “She set an incredible example for me, for others, to follow. Her incredible leadership, her duty, her sacrifice. She was a young woman in a man’s world, carving her own way through life.”

"She said, 'Don’t be ridiculous. Get rid of the list and start with your friends,' ” the Duke of Cambridge recalled.

“Once you’re in the military, she means a lot more to you than just a grandmother. She is the queen," Harry told ABC. "And then you suddenly, it’s like (you) start realizing, you know, wow, this is quite a big deal.”

“I’ve longed for kids since I was very, very young," he said. "And so ... I’m waiting to find the right person, someone who’s willing to take on the job.”