Maine's governor has issued a "stay healthy at home" directive that requires people living in the state to stay at‚Ätwitter.com/i/web/status/1‚Ä¶iu

CNN anchor Chris Cuomo has been diagnosed with coronavirus. He is feeling well, and will continue to do his program‚Ätwitter.com/i/web/status/1‚Ä¶8s

The average price of a gallon of gas has fallen below $2 in the US -- the lowest price in four years, according to‚Ätwitter.com/i/web/status/1‚Ä¶xW 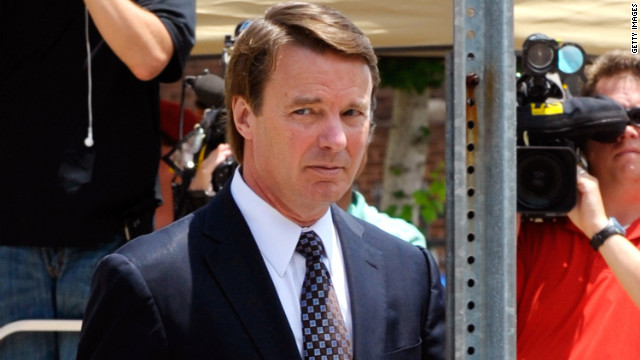 Former North Carolina Senator John Edwards was a candidate for the Democratic presidential nomination in 2004 and 2008, and Democratic nominee for vice president in 2004. He is accused of six counts stemming from allegations that he accepted illegal campaign contributions, falsified documents and conspired to receive and conceal the contributions. The maximum sentence if convicted on all six counts would be 30 years in prison and a $1.5 million fine.

* December 27, 2006: John Edwards announces at an event in New Orleans that he is running for the 2008 Democratic presidential nomination. He suspends his campaign on January 30, 2008.

* June 3, 2011: Edwards is indicted on six counts including conspiracy, issuing false statements, and violating campaign contribution laws. If convicted on all counts, he could face up to 30 years in prison and a fine of up to $1.5 million.

* Edwards had no previous political experience before winning the 1998 Senate election.

* He was the first person in his family to attend college.

* When a US Senator, he introduced legislation on the following issues:

* As a presidential candidate in the 2008 election, Edwards repeatedly lied about an extramarital affair with Rielle Hunter, a documentary filmmaker. He admits the affair to ABC News on August 8, 2008.

* January 2, 2003 -¬†Announces the formation of an presidential campaign exploratory committee with the FEC.

* September 16, 2003 -¬†Formally announces his candidacy for president, in the town where he grew up, Robbins, NC.

* February, 2005 -¬†Becomes the Director of the Center on Poverty, Work, and Opportunity at the University of North Carolina at Chapel Hill.

* December 27, 2006 -¬†John Edwards announces at an event in New Orleans that he is running for the 2008 Democratic presidential nomination.

* March 22, 2007 – Announces that his wife Elizabeth's cancer has returned, but he is continuing with his presidential campaign.

* January 30, 2008 – Edwards announces that he's suspending his race for the Democratic nomination. He declines to endorse either Hillary Clinton or Barack Obama.

* February 27, 2008 – Frances Quinn Hunter is born. No father is listed on the birth certificate.

* May 14, 2008 – Edwards endorses Barack Obama as the Democratic candidate for president.

* August 8, 2008 – In an interview with Nightline, Edwards admits to an extramarital affair with Rielle Hunter, a woman hired to make documentary videos for his campaign. He denies he is the father of her young daughter, due to the timing of the affair, though he hasn't taken a paternity test.

* May 2009 – Elizabeth Edwards publishes a memoir, Resilience: Reflections on the Burdens and Gifts of Facing Life's Adversities. She addresses the affair saying "I wanted him to drop out of the race, protect our family from this woman, from his act."

* January 21, 2010 – Admits he fathered a daughter, Quinn, with Rielle Hunter and has been providing financial support for her for the last year.

* January 30, 2010 – The Politician: An Insider's Account of John Edwards's Pursuit of the Presidency and the Scandal That Brought Him Down, by his former aide, Andrew A. Young, is published. Young claims campaign donation money from socialite Bunny Mellon was used to pay for Rielle Hunter's pregnancy expenses.

* December 2010 – A federal investigation into Edwards campaign finances includes grand jury appearances by Bunny Mellon's family. Mellon gave various checks totaling $700,000 to Edwards. The question is whether the money was a gift or should it have been declared campaign contributions. Her advanced age, 100, makes it unlikely Mellon herself will appear before the grand jury.

* February 2011 – Bunny Mellon testifies on camera in the Edwards investigation. Her age makes it a possibility she would not be available in the event of a trial.

* February 8, 2011 – Edwards gives a deposition in the lawsuit of Rielle Hunter against Andrew Young. Hunter is suing Young to reclaim materials that she says belong to her, including an alleged sex tape that involves Edwards.

* April 29, 2011 – A North Carolina judge rules that Edwards must testify more in the lawsuit of Rielle Hunter against Andrew Young.

* June 3, 2011 – Edwards is indicted on six counts including conspiracy, issuing false statements, and violating campaign contribution laws. Edwards pleads not guilty. "There's no question I've done wrong ... but I did not break the law."

* July 21, 2011 – The Federal Election Commission rules that Edwards must pay back $2.3 million to the U.S. Treasury. The money exceeds the matching funds from his 2008 campaign.

* August 24, 2011 – Edwards asks the court to delay his trial, which is scheduled to begin in October.

The New Jersey Department of Health confirmed to CNN that the state is ordering additional refrigeration trailers t‚Ätwitter.com/i/web/status/1‚Ä¶Ha
cnni

7:37 pm ET March 31, 2020 RETWEET
A herd of goats has been spotted roaming the deserted streets of a coastal town in Wales, eating hedges and bushes‚Ätwitter.com/i/web/status/1‚Ä¶1A
cnni

7:17 pm ET March 31, 2020 RETWEET
Facebook is rolling out a new tool that lets users offer or request help from neighbors during the coronavirus pand‚Ätwitter.com/i/web/status/1‚Ä¶Ip
cnni