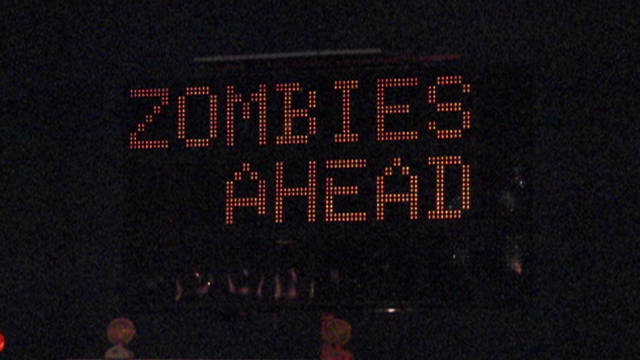 Recent news events have got readers talking about what constitutes a zombie. Is there one within all of us?
June 1st, 2012
03:20 PM ET

Unless you've been hiding under a rock, and we don't necessarily blame you in this case, you are probably familiar with a few recent and very gruesome incidents. Some readers are saying they seem straight out of a zombie apocalypse thriller, while others say the real horror is in making such comparisons. In some cases, it's hard to know what to say about these stories. (Not to mention the New Jersey man who stabbed himself repeatedly and then threw bits of his intestines at police officers.)

Face-attack suspect's mother: My son 'was no zombie'

Is "zombie" the appropriate term here?

ma & pa: "If a word label is made up and talked bad about, people will begin to believe it exists. Put that label on anyone and that person is smeared while doing nothing deserving of it. Be careful to not label ... rather describe. Please. That makes facts easier to find."

Readers debated the mother's reaction and the police's proper action.

Jackie: "I can certainly understand the grief of the mother losing her son; that is natural and I'm sorry for her loss. But to say this man should have been subdued by a taser is stretching. The reality is he was gruesomely and violently attacking an innocent man. If it was your son that had been the victim, you might feel differently. This is one of the most hideous crimes I have ever heard of and to allude that the police did something wrong in stopping it is just not right."

John: "Wow, despite the fact that what happened was horrific, you guys are such angry stone throwers. Half of you probably also claim to be somehow affiliated with religion or spirituality. just food for thought."

Certainly, some are debating the zombie terminology itself. Reacting to the above also-grisly story, one reader asked if we are all the real zombies as we read the stories.

maff: "A lot of you make jokes about serious stuff. This isn't the political section. Someone was chopped up and eaten. That is crazy. But you people are entertained by this. You are the zombies! You are immune to humanity. You feel nothing. You feed on the pain of others. How is it possible that people are really entertained by this? Sure some of the jokes are clever, but it say alot about society that we are able to joke about this stuff ... less and less humane with every passing year."

Brational: "This is so horrible that 'How sad' just doesn't quite cover it. So people's response is to distract themselves and others with humor. You've heard of gallows humor, right? It's being funny in the face of a hopeless situation. I'll go with zombie gallows humor any day over the alternative of racist comments. I'm usually the one who has no patience with attempts at troll humor (note the screen name). But in this case, I can't think of any rational comments. What kind of comment is social appropriate for a story about a guy who dismembers and eats another human? Is there a Ms. Manners book for that? The whole situation is irrational and defies comprehension, so go with the flow, Maff. It's the only way to not become overwhelmed by shock, grief, and horror."

madhatter91: "Even as the owner of a kitten I find it extremely off-putting with the amount of people on here that seem to care only about that (the killing of cats). ... Of course killing animals is disgusting, but seriously, sort out your priorities."

s3lf: "I see no difference between the two. They're both acts of extreme violence and depravity. Perhaps you need to evaluate why you think people are so much more elevated than anything else."

After reading about these incidents, what do you think? Share your opinion in the comments area below and in the latest stories on CNN.com. Or sound off on video via CNN iReport.