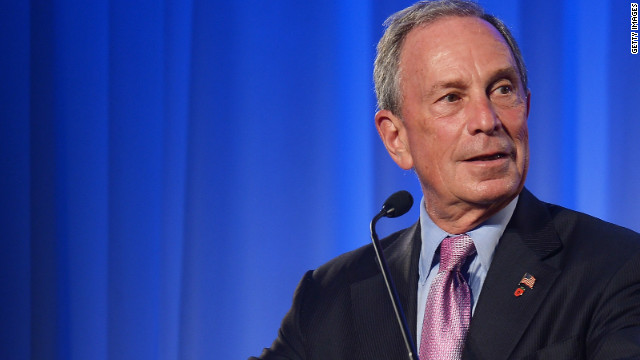 ŌĆ£Obesity is a nationwide problem, and all over the United States, public health officials are wringing their hands saying, ŌĆśOh, this is terrible.ŌĆÖ New York City is not about wringing your hands; itŌĆÖs about doing something. I think thatŌĆÖs what the public wants the mayor to do,ŌĆØ Bloomberg told The New York Times in making his proposal last week.

ŌĆ£Whenever people feel like theyŌĆÖre being restricted they begin to resist. And that creates a real headwind for a policy like this,ŌĆØ David Just, a professor and food marketing specialist at Cornell University told the Times.

ŌĆ£IŌĆÖll show them; IŌĆÖll drink three sodasŌĆØ may be their reaction, Just told the Times.

Julie Gunlock, director of Women for Food Freedom and senior fellow at the Independent WomenŌĆÖs Forum, sees merit in that argument.

"I drink beer. And thatŌĆÖs already taxed," Mulshine writes. "Good thing, too, or Mayor Mike might put a limit on mug sizes."

6:00 am ET May 16, 2021 RETWEET
Tropical Cyclone Tauktae continues to strengthen as it moves parallel along the western coast of India. It will conŌĆtwitter.com/i/web/status/1ŌĆ”49
CNNweather

5:34 am ET May 16, 2021 RETWEET
This weather reporter got caught in an on-air graphics error that "multiplied" her across the screenŌĆtwitter.com/i/web/status/1ŌĆ”M4
cnni

5:01 am ET May 16, 2021 RETWEET
Maldives has banned tourists from South Asia, cutting off an escape route for wealthy Indians fleeing their own couŌĆtwitter.com/i/web/status/1ŌĆ”os
cnni