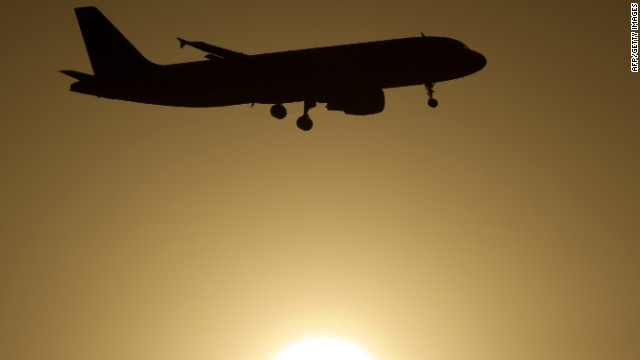 Foreign carriers are turning to U.S. pilots to fly their increasing number of jetliners.
June 4th, 2012
11:06 AM ET

The pilot of the Nigerian jetliner that crashed in Lagos, the country's largest city, on Sunday was an American, said Oscar Wason, Dana Air's director of operations, on Monday.

Wason did not identify the pilot by name or hometown, but he is among a legion of U.S. pilots now captaining jets for foreign airlines, said Kit Darby, an aviation consultant in Peachtree City, Georgia.

"A lot of U.S. pilots are working overseas, more than ever before," Darby said. "It's pretty common."

Darby said that as airlines have consolidated in the U.S., the job market for experienced airline captains has become "stagnant." Experienced captains are losing seniority, and it may take them 10 to 20 years to get a captain's position back, he said.

So they turn overseas, where aviation is expanding and there is a clear need for the experience the Americans bring. They typically end up captaining jetliners with co-pilots and crew who are from their host countries or from other countries where aviation professionals are less experienced.

The co-pilot of the Dana Air MD-83 that crashed Sunday was from India and the flight engineer from Indonesia, Wason said.

"It's a challenging position, half trainer and half pilot," Darby said of captaining a foreign-flagged airliner. But the rewards can be substantial.

Americans signing on to pilot jetliners in the Middle East, China and India can make well over $100,000 a year, plus add-ons like housing, according to Darby.

He said a pilot working in Africa would probably make a bit less than those working in Asia or the Mideast but would still do well.

"The big deals come with the captain's seat," he said.

The Dana Air MD-83 that crashed Sunday is a fairly new plane by African standards and would probably provide a well-paying post to a captain, Darby said.

American pilots looking to work overseas may negotiate their own deals or be matched up with a foreign carrier through a recruitment service, he said.

Wasinc International is one of those services. The company's website currently lists 34 pilot positions with carriers in China.

For instance, Air China is hiring captains for Airbus A330 aircraft, and it will train. Pay is $4,000 a month during training and then $11,000 a month plus a $4,000 monthly living allowance once training is completed, according to the Wasinc ad.

In a report from February, Bloomberg said airlines in China will be hiring 16,000 pilots in the next three years, according to theÂ Civil Aviation Administration of China.

Shen Wei, a recruiter for China's Spring Air, told Bloomberg that China was a strong market for U.S. pilots.

How do you know your airline is safe?