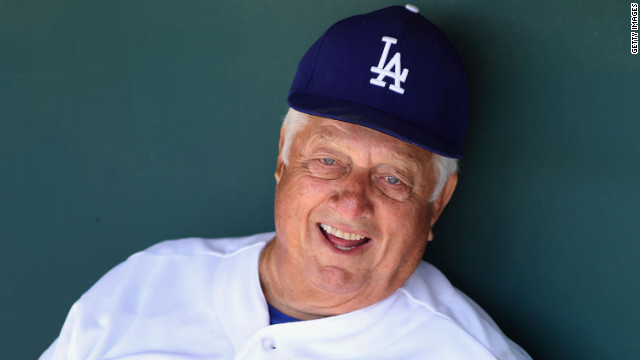 Lasorda, 84, was in New York for the 2012 Major League Baseball First-Year Player Draft. He was taken to New York-Presbyterian Hospital/Columbia University Medical Center, and doctors inserted a stent to correct a blocked artery, the Dodgers said in a statement. He is resting and in stable condition.

The Hall of Fame manager led the Dodgers between 1976-1996. He also managed the United States to its first gold medal in baseball at the 2000 Olympics in Sydney, according to the National Baseball Hall of Fame.

Macy's says its 2020 holiday window displays are "a form of a thank you letter to first responders, essential workeâ€twitter.com/i/web/status/1â€¦Kn
cnni

6:01 am ET November 29, 2020 RETWEET
Scotland has become the first country to allow free and universal access to menstrual products, including tampons aâ€twitter.com/i/web/status/1â€¦iU
cnni