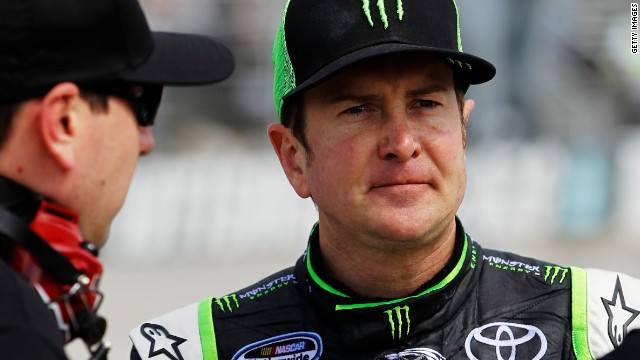 Busch was already on NASCAR probation following a confrontation with an opponent's crew in Darlington, South Carolina, in May.

When Sporting News reporter Bob Pockrass asked Busch on Saturday whether being on probation affected his performance on the track, Busch berated Pockrass.

"It refrains me from not beating the (expletive) out of you right now because you ask me stupid questions," Busch replied. "But since I'm on probation, I suppose that's improper to say as well."

Busch's probation was to have ended July 25. NASCAR has extended that for the rest of the year as well as suspending Busch for any races this weekend in Pocono, according to a NASCAR press release.

In a statement, Busch accepted his punishment, according to a report on NASCAR.com.

"I put them in a box," he said of NASCAR officials. "They had to take action, and it's my fault for putting them in this position. I apologize for the comments I made to Bob Pockrass."

Busch has 24 career victories and was the 2004 series champion.

Can Busch's career survive his temper?