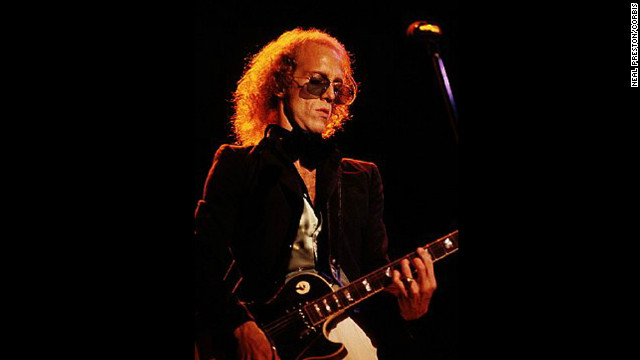 Bob Welch, a guitarist who played with Fleetwood Mac before launching a solo career, died of a self-inflicted gunshot wound to his chest, Nashville, Tennessee, police said Thursday. He was 66.

"All indications are that it was a suicide," Aaron said. A suicide note was found, he said.

Welch played guitar with Fleetwood Mac starting in 1971. He left the group in late 1974, just before Lindsey Buckingham and Stevie Nicks joined the group.

27-year-old Nathan Paulin walked a 600-meter slackline from the Eiffel Tower to the other side of the Seine river iâ€twitter.com/i/web/status/1â€¦0D
cnni

2:01 am ET September 27, 2021 RETWEET
As night falls, a group of fishermen set sail off the coast of northern Taiwan, where they prepare to catch sardineâ€twitter.com/i/web/status/1â€¦ez
cnni