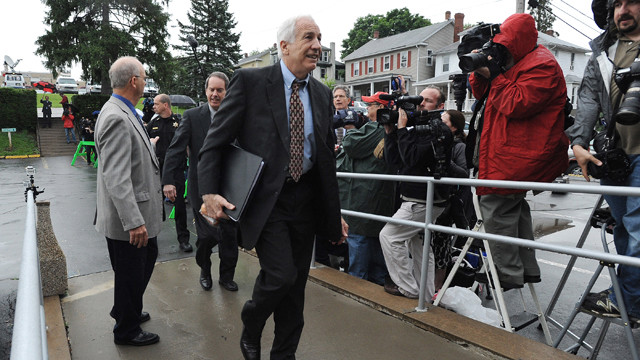 Sandusky is charged with more than 50 counts of sexual misconduct involving young boys. His lawyers had sought to have the charges dismissed, arguing some were too vague and that there is insufficient evidence on others.

The ruling comes two days after prosecutors and defense attorneys settled on a jury of five men and seven women to hear the case against Sandusky, who has been under house arrest since he was charged with sexually abusing 10 boys, some of whom he met through the charity he created for underprivileged children.

Sandusky, 68, has denied the charges.

Many jurors have Penn State ties

Several US late-night hosts united for a "Climate Night," focusing their shows on climate change. This took place dâ€twitter.com/i/web/status/1â€¦Rq
cnni

10:52 pm ET September 23, 2021 RETWEET
More than 50 airlines, oil companies and other companies, including Delta, BP and Boeing, have pledged to replace 1â€twitter.com/i/web/status/1â€¦Cw
cnni