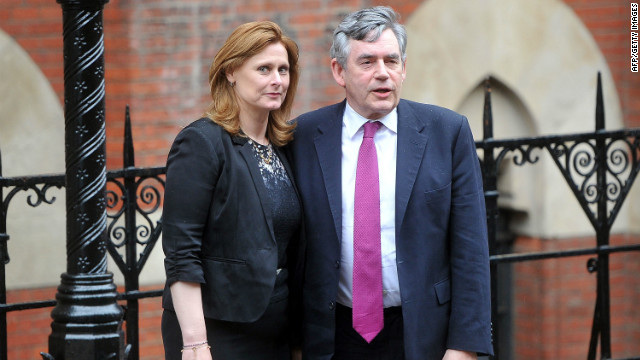 Gordon Brown lashes out at Rupert Murdoch, son and tabloid

Former British Prime Minister Gordon Brown lashed out Monday at press baron Rupert Murdoch, his son and his British newspapers, raising the stakes in a highly charged and very public battle between the two men.

The conflict could affect whether Murdoch keeps control of the British part of his media empire.

During his testimony before the Leveson Inquiry, the former British leader flatly denied the most sensational claim that Murdoch made when he testified at the media ethics inquiry this year: that Brown had "declared war" on Murdoch's company when a top-selling Murdoch newspaper endorsed the Conservative party rather than Brown's Labour party in 2009.

"This conversation never took place. I am shocked and surprised" that Murdoch said it had when he was grilled at the inquiry in April, Brown said Monday. "There was no such conversation."

Brown repeatedly insisted that there was "no evidence" of the phone call, basing his assertion on phone records from his office when he was prime minister.

The media tycoon said in April that Brown had phoned him and threatened him when the Sun newspaper pulled its support for Labour and switched to the Conservatives.

"He said, 'Well, your company has made - declared war on my government, and we have no alternative but to declare war on your company.' And I said, 'I'm sorry about that Gordon, thank you for calling.' End of subject," the News Corp. chairman testified.

After Brown essentially accused Murdoch of lying under oath, News Corp. said its chairman stood by his testimony.