The White House has been locked down as protesters arrive at Pennsylvania Avenue/Lafayette ParkŌĆtwitter.com/i/web/status/1ŌĆ”Q5

The Supreme Court has rejected an appeal from a Louisiana inmate who argued that a state prison was not doing enougŌĆtwitter.com/i/web/status/1ŌĆ”FI

The city of Saint Paul, Minnesota, has imposed a curfew beginning Friday from 8 p.m. to 6 a.m. CDT the next morningŌĆtwitter.com/i/web/status/1ŌĆ”8l

The Minneapolis mayor is imposing a curfew throughout the city beginning at 8 p.m. CDT tonight that will extend thrŌĆtwitter.com/i/web/status/1ŌĆ”CY 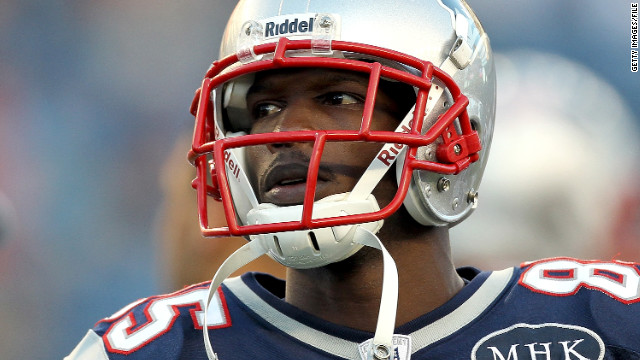 After being released by the New England Patriots, the Miami Dolphins have signed Chad Ochocinco.
June 12th, 2012
07:51 AM ET

Chad Ochocinco grew up as a child loving to watch the Miami Dolphins play. He went to Miami Beach High School but never got the chance to make the jump to play at the University of Miami - the big time for local stars - instead heading west to play in college at Oregon State.

He was taken in the┬Āsecond┬Āround of the 2001 NFL Draft by the Cincinnati Bengals and spent nine years by the Ohio River before moving to the New England Patriots for the 2011 season. The Pats released him after one disappointing year, in which he caught only 15 passes for 276 all season.

But there's good news for the┬Āformer Pro Bowl receiver (and Dancing with the Stars contestant) to celebrate. He's coming home.

Ochocinco will get to play in front of his hometown crowd, as a part of the Dolphins after the team announced on their website that they signed him to beef up their offense.

Ochocinco will likely get some good preseason airtime too. That's because the Dolphins will be the latest team to have their training camp and preseason filmed as a part of HBO's┬ĀŌĆ£Hard Knocks. ŌĆØ The team might have been interesting enough to watch considering it will chronicle the coach┬ĀJoe PhilbinŌĆÖs first season. But with Ochocinco aboard, who famously changed his last name to match his jersey number, the show may have just gotten a little bit more interesting.

His agent, Drew Rosenhaus, was one of the first to call out the welcome wagon on Twitter:

Congrats to Chad & his family on signing with the Dolphins. This a great fit for Chad, the team and Dolphin fans. It's nice to come home.

Chris Burke, writing for SI.com, said the move makes sense from a football standpoint. But like many others are sure to do, Burke questioned whether the flamboyant player┬Āwill make a good fit in Miami.

"Why Ochocinco, of all guys? The Dolphins, after all, just traded away the enigmatic Brandon Marshall, in part because he didnŌĆÖt fit in well in the locker room. Miami has also shown no outward interest in guys like Plaxico Burress or Santonio Holmes ŌĆö players who, like Ochocinco, can make a few plays here and there but also raise a teamŌĆÖs trouble quotient,"┬ĀBurke wrote.┬Ā"Maybe Miami believes Ochocinco brings more to the table than those guys, or that heŌĆÖll be extra motivated playing in Miami, where he grew up. Maybe the Dolphins think last seasonŌĆÖs embarrassing run in New England will give Ochocinco the spark he needs to pick up the pieces and put together one last 1,000-yard season."

By the end of March, 1 in 7 New York adults had Covid-19 ŌĆö about 10 times higher than the official account, accorditwitter.com/i/web/status/1ŌĆ”HhfW
cnni

7:30 pm ET May 29, 2020 RETWEET
ŌĆ£It is the right move to do for the time being, for the next couple of days, until we can regain control of the strtwitter.com/i/web/status/1ŌĆ”knwr
cnni