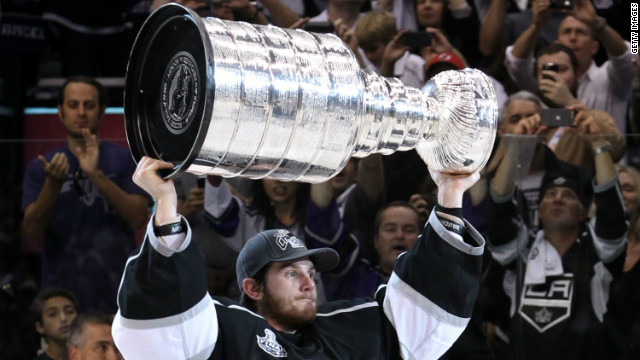 A few players bled, some fans wiped away sweat, and others wept for joy as the Los Angeles Kings blasted away 45 years of futility with a 6-1 win over the New Jersey Devils to capture the Stanley Cup.

The win marks the first National Hockey League championship for the Kings in the team's history.

Los Angeles, virtually disregarded going into the playoffs, became the first-ever No. 8 seed and lowest seed in the modern era to win the NHL championship.

Captain Dustin Brown hoisted the cup before a roaring home crowd at the Staples Center before the trophy passed from one screaming King to another.