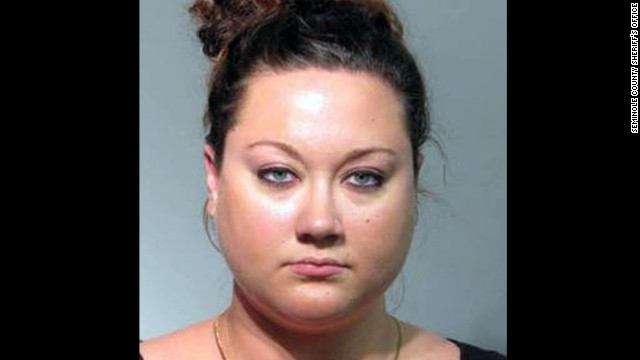 The wife of a Florida man charged with fatally shooting an unarmed teen in February has been arrested on a perjury charge, according to a Florida state attorney's office.

Shellie Zimmerman, 25, was arrested Tuesday, according to Jackie Barnard, spokeswoman for the state attorney's office in the state's Fourth Judicial Circuit. She was released after posting $1,000 bail, the Seminole County Sheriff's Office said.

George Zimmerman, 28, is a neighborhood watch volunteer charged with murder in connection with the shooting death of Trayvon Martin, 17, in a Sanford, Florida, neighborhood. George Zimmerman told police he shot the teenager in self-defense and has pleaded not guilty.

A Florida judge revoked his bail June 1 after agreeing with prosecutors that he had misrepresented how much money he had. He is expected to ask for a new bail hearing.

9:43 pm ET November 27, 2021 RETWEET
This senseless violence and robbery has robbed a family of their loved ones life. So disgusted. Security Guard Shâ€twitter.com/i/web/status/1â€¦27
sarasidnerCNN